The World’s Most Expensive Diamond

The story of the Koh-i-Noor, which translates as the ‘mountain of light’, is truly exceptional. So much so, that books have been written about the diamond – but despite this, no one knows for sure where it originates from. It is, however, believed to have been found in the KGF Mine in Karnataka India. 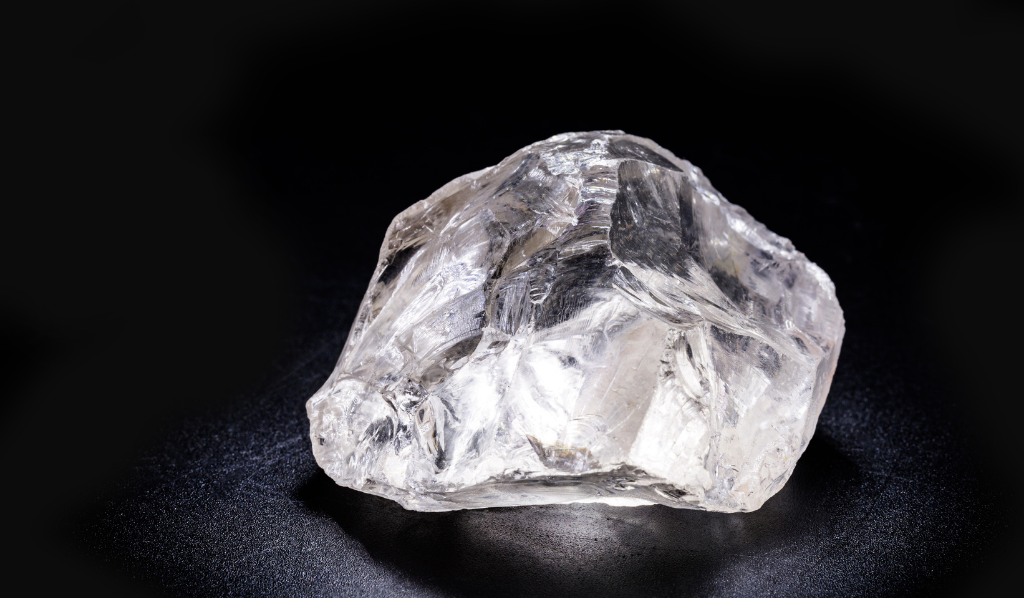 Steeped in intrigue and mystery, the story of the Koh-i-Noor, which translates as the ‘mountain of light’, is truly exceptional. So much so, that entire books have been written about the stone – but despite this, no one knows for sure where it originates from. It is, however, believed to have been found in the KGF Mine in Karnataka India.

But what is the known history of the Koh-i-Noor diamond and why is it considered the most expensive diamond in the world?

Characteristics Of The Koh-i-Noor Diamond

The Koh-i-Noor originally weighed a staggering 793 carats when rough, 186 carats when cut and polished, but then further reduced in size in the 1850s after it was surrendered to the British government. The diamond was cut into a cushion shape and now weighs 105.6 carats. It is a colorless, D grade diamond with excellent clarity.

The History Of The Koh-I-Noor

“The Bloodiest Diamond In History”

While the Koh-i-Noor may be considered a girl’s best friend, it certainly is not a man’s, according to legend. It has been described as ‘the bloodiest diamond across history’ and is thought to bring extremely bad luck to previous owners.

A Hindu text in 1306, believed to be referring to the Koh-I-Noor, states that ‘He who owns this diamond will own the world, but will also know all its misfortunes. Only God, or a woman, can wear it with impunity’. Male owners of the Koh-i-Noor led tumultuous lives ravaged by war, violence and misfortune. The diamond is said to have caused many men to lose their lives, fighting for its ownership.

How Did The Koh-I-Noor Get Its Name?

Although the diamond was first reported in 1304 by the Raja of Walwa Mahlak Deo, its first official verified recording was by Turco-Mongol warlord Babur in the 1500s. In 1739 after the invasion of Delhi, the diamond was acquired by Nader Shah of Persia. Nader Shah was said to have exclaimed ‘Koh-i-Noor!’ when he seized the diamond, which is how it came to have its current name. In 1813, the diamond was returned to India by Shah Shuja Durrani in exchange for asylum.

The Koh-I-Noor In The UK

The diamond was later surrendered to the monarchy of the United Kingdom in 1849, after 10-year-old Duleep Singh (heir at the time to the state of Punjab) signed over the kingdom as well as the diamond. In 1852, Prince Albert found the stone overly dull with no sparkle, and so ordered for the diamond to be recut in order to enhance its appearance by giving it more brilliance. It was cut into an oval shape, which reduced its weight by an astonishing 42%.

Due to its reputation of bringing bad luck to men, Queen Victoria stated in her will that the stone should only be worn by female successors. The diamond was first mounted onto a brooch, then onto the Crown of Queen Alexandra and finally onto the Queen Mother’s Crown. The stone currently lives in the Tower of London, where it is on display.

Attempts To Return The Stone To India

The Government of India has actively sought to have the diamond returned to India, however these attempts have not yet been successful. Former UK Prime Minister David Cameron stated on Indian television in 2010: ‘I think I am afraid to say, to disappoint all your viewers, it is going to have to stay put’, arguing that ‘if you say yes to one, you suddenly find the British Museum will be empty’.

Why Is The Koh-i-Noor The World’s Most Expensive Diamond?

To be considered the world’s most expensive diamond is quite the claim. The actual value of the diamond is unknown and un-estimated, possibly because it is far too valuable to actually place a suitable number on it.

Despite not being the world’s largest diamond, the historical significance and colorful past of the Koh-i-Noor is largely why it is believed to be the world’s most expensive diamond.

What Makes A Diamond Expensive?

Diamonds certainly do not need an astounding story and history to be of any value. Generally speaking, there are four factors that contribute to a diamond’s worth; these are known as the four C’s.

The 4 C’s of diamond grading:

How To Sell Diamonds Or Diamond Jewelry

You may not own any diamonds in the realm of the Koh-i-Noor. But if you are looking to sell a diamond or sell diamond jewelry, at WP Diamonds we offer quick, safe and easy service. Whether you want to sell Harry Winston engagement rings or natural colored yellow diamonds, our team of experts are on hand to help.

WP Diamonds is BBB A+ accredited and as specialist diamond buyers, we provide a streamlined sale in as little as 24 hours. We operate an honest and transparent process: we buy your items directly, there are no fees or commissions involved and your final offer is the amount you will receive.