What Finger Does An Engagement Ring Go On?

If you’ve ever wondered which finger is your engagement ring finger, and why, the answer simply lies in where you live. 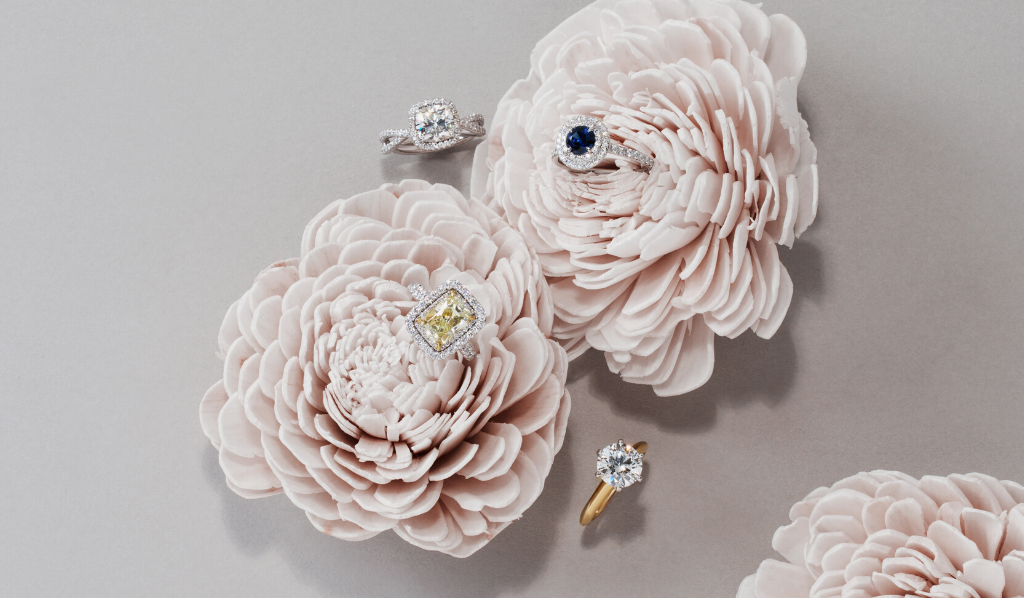 The ring finger tradition began with an ancient belief and from there was adapted according to science, language, and customs across the world. Read on as our experts dive into the ins and outs of wearing engagement rings.

What Finger Does An Engagement Ring Go On?

In most Western countries, including the United States, engagement rings are worn on the fourth finger of the left hand.

Why Do We Wear Engagement Rings On The Fourth Finger On The Left Hand?

As with so many traditions, the engagement ring finger’s origin story may or may not be true. In a belief attributed to both the ancient Egyptians and the Romans, the left hand’s fourth finger housed a “vena amoris” (“vein of love”), which ran to the heart. Of course, no vein really exists, but this belief of wearing rings as connections to the heart supposedly was held long before science figured out the circulatory system.

Disagreements exist about this origin story, and not only about who was the true initiator. Per insider.com, it may be that the ring finger’s labeling as such actually began in 1549, during the Reformation, when the Church of England broke off from the Catholic Church and wanted to differentiate its traditions from its precursor’s. Thus, the Anglican Church’s Book of Common Prayer instructs marrying followers to place a ring “upon the fowerth finger of the womans left hande.”

The History Of The Engagement Ring

The Egyptians did not have engagements, per se, but they did have wedding rings made of braided reeds — these were circular to represent eternity.

Then in the 2nd century B.C. ancient Romans supposedly began weddings with the bride and groom donning gold and iron rings intended to signify legal ownership, rather than the groom giving the bride money or something valuable.

Marriage proposals themselves didn’t come into play until the Middle Ages. In 1477, Archduke Maximilian of Austria proposed to Mary of Burgundy with a ring set with diamond pieces and as far as is known, this was the first diamond engagement ring.

Jump to the 1940s and the DeBeers Mining Company’s “A diamond is forever” campaign, and the rest is engagement protocol history.

Some cultures have an ancient belief that the ring finger is magical. In Japan, rings don the “kusuri yubi” (“medicine finger”) because people consider it the cleanest finger and is how they take powdered medicines.

Although the fourth finger of the left hand remains the showplace for engagement rings in many Western countries, couples in nations like Greece, India, Norway, and Russia choose to wear engagement rings on their right hand.

These cultures have forsaken the left hand because the Latin meaning of “left” alludes to things evil and sinister.

Below, we break down where in the world varying engagement ring customs are more prevalent.

Countries that wear engagement rings on their left hand

These countries wear a ring on the fourth finger of the left hand.

Countries that wear engagement rings on their right hand

Below is a rough list of countries that favor the right-hand ring finger for engagement rings.

Countries that wear engagement rings on either hand

Couples in Germany are flexible on where to don their engagement ring, on the ring finger of either hand.

Countries with a ring finger for both partners

Among the Islamic countries in Asia, many also follow the ritual of wearing engagement rings — women on the left hand and men on the right.

In Chile, an engagement ring is first worn on the right hand. On the wedding day, the ring switches to the left. Additionally, men also wear engagement rings, as they do in Sweden.

Numerous other cultures switch which finger displays the engagement ring after the wedding ceremony — including Jewish, Danish, and Brazilian.

How To Sell An Engagement Ring Online

Looking to sell an engagement ring? WP Diamonds is your trusted luxury goods buyer that provides a simple, fast, and transparent way to sell online. Our team of luxury experts buys your diamonds, designer jewelry, luxury watches, sneakers, and handbags in as little as 24 hours.

Simply complete our online form to receive your price quote. Then, we provide free shipping and insurance to send your luxury item in or you can schedule an in-person appointment in our local offices in New York, Tokyo, Hong Kong, or the UK. From there you will be provided with a final offer with no fees or commissions deducted.

Our offers are no obligation, meaning if you choose to take back your item, we’ll return it to you free of charge. Our free selling service has earned us an A+ BBB rating and over 1,000 customer reviews.

Your diamond engagement ring is something precious that you plan to wear for the rest of your life. However, diamond jewelry prices are notoriously high and there are both ethical and environmental concerns when it comes to buying diamonds.