If presidential watches and other sartorial choices are reflective of character, it is no wonder we pay such close attention. From Angela Merkel’s one suit wardrobe to Barack Obama’s infamous tan suit, the world’s leaders’ fashion choices curing their time in office certainly do not pass under the radar. We take a close look at the watches worn by US presidents in the White House. 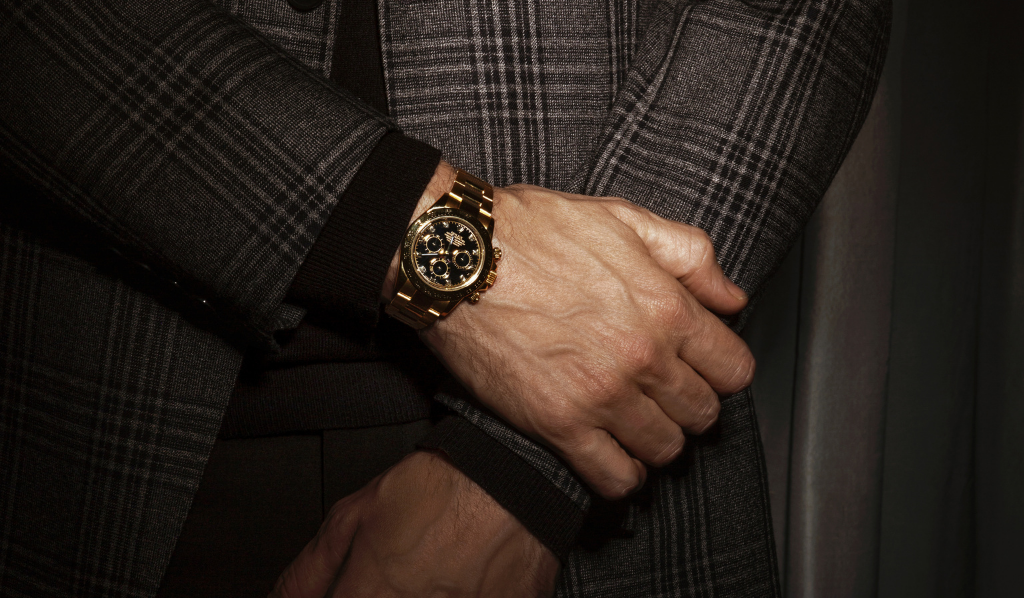 In Western countries, it is standard for leaders to choose somewhat modest clothing and understated jewelry and accessories, if any. One accessory that politicians do tend to wear are watches, and some models have been noted to crop up time and time again. So much so, that the Rolex Day-Date has been dubbed as the “President’s Watch” as it is one of the most popular watches worn by US presidents.

Watches Worn By US Presidents:

The third President also wore a pocket watch, this time made by Daniel Vaucher (a maker whose watches fetch about $5,000 when they come up at auction). Jefferson later handed this watch over to James Monroe, fifth President of the United States.

During his presidency, he mostly wore the Swiss-made brand Vulcain Cricket. The story goes that Eisenhower wore this very watch during a press conference in which he announced new tariffs on Swiss-made watches. The alarm on the watch went off during this conference and the sound was known to be specific to Vulcain watches, which on some level highlighted the hypocrisy of the tariff!

Eisenhower’s successor, John F. Kennedy, also had somewhat of a collection of watches. Kennedy owned a Rolex, which was an engraved watch gifted to him by none other than Marilyn Monroe, as well as a Cartier watch, a gold Bulova on a stretch bracelet (which sold at auction for over $25,000 in 2013), an Omega, and a 57-jewel, 14K yellow gold Nastrix, which brought $120,000 when it came up for auction in 2009.

Kennedy’s most famous watch was an Omega timepiece, partly because it was gifted to him by his friend Grant Stockdale who had the watch engraved with the words “President of the United States | John F. Kennedy | From his friend Grant” before the election had even taken place. Kennedy subsequently wore the watch to his Presidential inauguration. The watch was bought by Omega in 2005 for $350,000 and Omega released a commemorative reissue of the model.

Kennedy is said to have never worn the gold Rolex that was gifted to him by Marilyn Monroe for his birthday in 1962, and allegedly told the aide who gave it to him to “get rid of it”. But when the watch came up for auction in 2005, it went for over $100,000 and is currently owned by a private collector. He is, however, believed to have been wearing his Cartier watch that was gifted to him by his wife Jackie on the day that he was assassinated.

Johnson’s most famous watch was his Patek Philippe “Golden Rule,” which featured the words “Do Unto Others As You Would Have Them Do Unto You” on the dial (a model that fetched $33,550 the last time it came up at auction). Johnson also owned a Hamilton Pacer (which currently brings anywhere from $800 to $1,500 in today’s secondary market), a Vulcain Cricket and a Rolex Day-Date.

President Nixon was another leader that adored the Vulcain Cricket model. So much so, that when Nixon was offered a limited edition Omega Speedmaster following the first moon landing, he turned the offer down.

Reagan is known to have been gifted a Vulcain Cricket but was mainly seen wearing his Rolex Datejust (a watch that now runs from about $7,000 to $17,000 new depending on bracelet, dial, and bezel choices). Reagan also owned a Colibri watch which was bought at auction by a subsequent U.S. politician (see #10).

During his presidency Clinton was most often seen wearing a Timex Ironman timepiece (currently priced $29 and up at Walmart). Clinton’s watch collection has expanded considerably since he left office in 2001, including but not limited to:

Obama’s watches of choice during his presidency were the Jorg Gray chronograph (a watch that currently sells for $295 to $395 new), a TAG Heuer Series 1500 Two-Tone Diver watch (a quartz movement watch that sells for around $400 to $650 on the secondary market), and his Highgear Enduro (a digital watch), which he wore mostly during sporting activities. Obama was also gifted a Vulcain timepiece by the brand itself.

President Donald Trump’s watch choices are a little more extravagant than his predecessor’s. On the night of his inauguration, Trump sported a pink gold Vacheron Constantin Historiques Ultra-Fine 1968 (a watch that currently sells for about $25,000 on the secondary market).

Trump also owns an 18K yellow gold Rolex Day-Date (a model that starts at about $29,000 new and goes way, way up), a Patek Philippe Ellipse in yellow gold with a blue dial (a watch that currently sells for about $8,000 on the secondary market). He also placed the winning bid of $7,000 for Ronald Reagan’s Colibri to benefit Alzheimer’s research at a charity auction in 1999.

Whether your watch tastes mimic the presidential watches of John F. Kennedy or whether you have always opted for more modest choices such as Obama’s timepieces, if you are looking to sell or upgrade your watch, WP Diamonds allows you to sell quickly and easily for the best price. In order to receive your offer, simply fill in the online form today.

WP Diamonds is a BBB A+ accredited business and one of the many advantages of selling with us is that there are no hidden fees. The selling process is fully secure and payments can be made in as little as 24 hours from the time of accepting your offer.