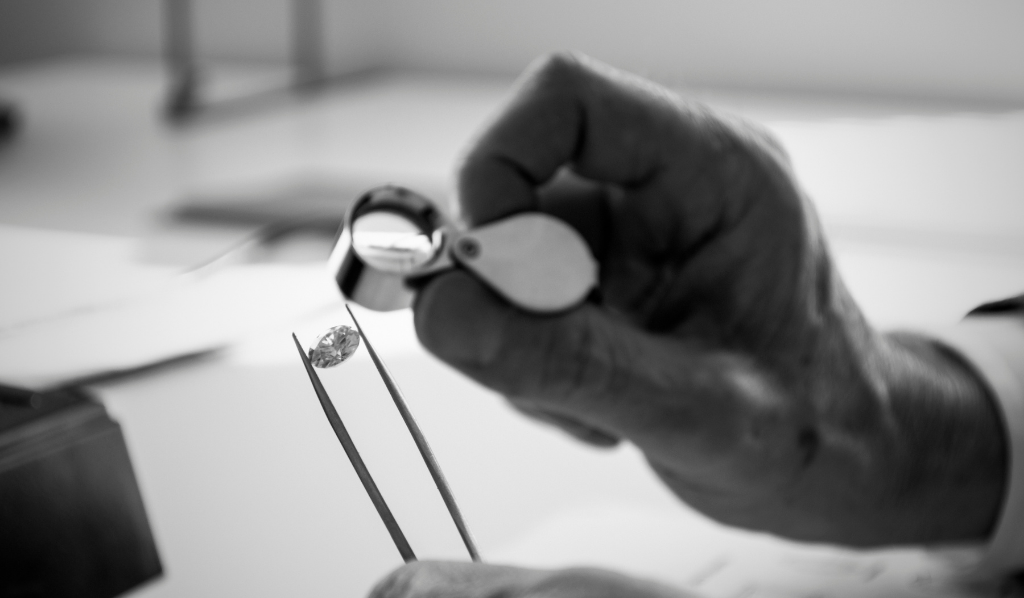 What Are Diamond Certification Labs?

Diamond certification labs are independent diamond grading entities that issue certificates detailing a diamond’s characteristics such as its 4 C’s, fluorescence, polish and symmetry. Diamond certifications help you understand the qualities of a diamond and allow jewellers to determine their selling price.

As there are countless diamond certification labs on the market, it is important to understand that no two labs are alike in terms of grading and nomenclature. Some labs are more strict or lax in their grading than others, which means that the same diamond can receive different grades from multiple labs. Furthermore, certain diamond certification labs inflate their grades thereby commanding higher prices for an inferior diamond. So just what is the difference between different diamond labs?

The GIA is a non-profit diamond certification lab with campuses across the world. It was founded in 1931 by Robert M. Shipley whose aim was to provide formal and consistent gemmological training. This lab revolutionized the diamond industry with inventions such as the 10x jeweller’s loupe, first gemmological microscope and the 4 C’s of diamond grading which became the industry standard.

In 1955, the GIA began to offer diamond grading reports which have remained rigorous and consistent in their grading to this day. The GIA continues to develop new gemmological technologies, such as a device that can detect treated diamonds, provide comprehensive gemmological education, and offer a vast array of gemmological resources.

Reputation:The GIA is the leading authority in gemology and the most trusted and accurate of diamond grading laboratories in the industry.

The AGS was founded in 1934 by Robert. M Shipley (of the GIA) as a trade association of jewellers, appraisers, suppliers and other industry members. This non-profit holds its members to a high code of ethics to ensure consumer protection. AGS members must commit to continuing their gemmological education, never intentionally deceive customers or sell conflict diamonds.

In 1966, the AGS launched their AGS Diamond Grading Standards, which was the result of 10 years of planning and research by world-renowned industry members. The AGS lab was founded in 1996 with the mission to provide accurate reports that protect consumers. The AGS lab boasts multiple achievements such as establishing the first scientific cut grading method, the round ideal cut grade and were the first major lab with cut grades for fancy shapes. The nomenclature for the AGS’ reports differs from the GIA’s with numerical cut, colour and clarity grading scale as opposed to the GIA’s letter grades.

Reputation: The most widely used lab after the GIA, AGS is known for their consistency and integrity. They have particularly advanced and specialized in cut grade assessments and light performance.

he EGL is a for-profit diamond certification lab established in 1974. The EGL has a global presence with subdivisions that include EGL USA, EGL Europe and EGL Platinum (previously known as EGL International). EGL pioneered diamond grading techniques for evaluating diamonds under a carat as well as the SI3 clarity grade (which is between SI2 and I1 on the lower end of the clarity scale).

Reputation: Several years ago, EGL lost their credibility as multiple lawsuits against them emerged because they over graded diamonds. By inflating diamond grades, jewellers were able to sell them at higher prices and consumers resulting in consumers paying higher prices for inferior diamonds. In 2014, RapNet (the largest diamond trading marketplace) removed their EGL listings. However, there are still diamonds listed with their EGL grades, but are described as “uncertified” diamonds.

Founded in 1975, the IGI is the largest for-profit diamond certification lab with locations across the world. The IGI was the first lab to introduce diamond laser inscription, jewellery identification reports, sealed diamonds, as well as the repair and re-cut of diamonds.

Reputation: Compared to other labs, the IGI has a faster grading process and is one of the labs most commonly used by big box jewellery stores, such as Ernest Jones and H. Samuel. Due to the IGI’s large size however, each lab uses slightly different grading criteria, creating inconsistencies. While the IGI is not the worst diamond certification lab, it is far from the best.

Headquartered in Antwerp, one of the world’s centres of diamond trading, the HRD was founded in 1973 to monitor the import and export of loose diamonds. In 1976, HRD’s lab was established as the European counterpart to the GIA.

Reputation: While known by some as the “European GIA,” the reality is that HRD’s grades are laxer in comparison to the GIA’s rigorous standards.

The GSI is a for-profit lab founded in 2005 by two diamond and gemstone veterans. The GSI has devoted itself to integrity, innovation, professional service, and education. They were the first lab to use technology to test diamonds and gemstones for their location of origin and claim that they reengineered the diamond grading process with cutting-edge technology. The GSI produces reports for standard diamonds, lab grown diamonds and gemstones.

Reputation: While they grade faster than the GIA, their grading standards are looser and inconsistent.

Which Diamond Certification Lab Is The Best?

The best diamond certification lab is undoubtedly the GIA. Trusted by gemmologists, jewellers, and consumers for their exceptionally consistent and accurate grades, the GIA is the industry standard.

For decades, the GIA has been the world’s leading gemmological lab and is at the forefront of furthering gemmological research and technology. With GIA certification, you can be certain of a diamond’s grades and never fear that a jeweller is inflating prices due to biased diamond grading.

How To Get A Price For Your Diamond

Now that you know the difference between different diamond certification labs as well as which lab is the best, you may be wondering how to get an accurate price for your diamond.  When you work with the experts at WP Diamonds, you can be sure that you will always receive honest and competitive prices from our GIA trained gemmologists. As international diamond buyers, we work with hundreds of customers around the world and get them paid in as little as 48 hours. Sell online or in person, we buy your diamonds directly with no costs or commissions deducted from your offer. Our professional, secure and trusted service is reflected in our hundreds of outstanding customer reviews.

Sell your diamonds to the expert in 5 steps:

Click the button below to see how much you can get paid when you sell your diamonds and diamond jewellery to WP Diamonds.

Looking to buy affordable and eco-friendly diamonds? Pre-owned diamonds have the benefit of not contributing to any of the extensive environmental damage caused by mining. Nor do they require the massive amount of energy needed to create lab grown diamonds. This make recycled diamonds the most sustainable way to shop for diamond jewellery. And it helps that they come at a fraction of retail price. Shop pre-owned loose diamonds and diamond jewellery including engagement rings with myGemma by clicking the button below.

Get A Price Quote
← Inherited Jewellery: In The UK, Who Gets What?
Where To Sell Watches In The UK? →