Whether you’re new to the world of luxury watches or a longtime collector, chances are you’ve been tripped up by luxury watch brand pronunciation. (And if you have, rest assured that you are not alone.) With so many luxury watches designed and manufactured in Switzerland, a country with three official languages, it’s hard to know whether you’re supposed to be using French, German, Italian pronunciation—or something else entirely. 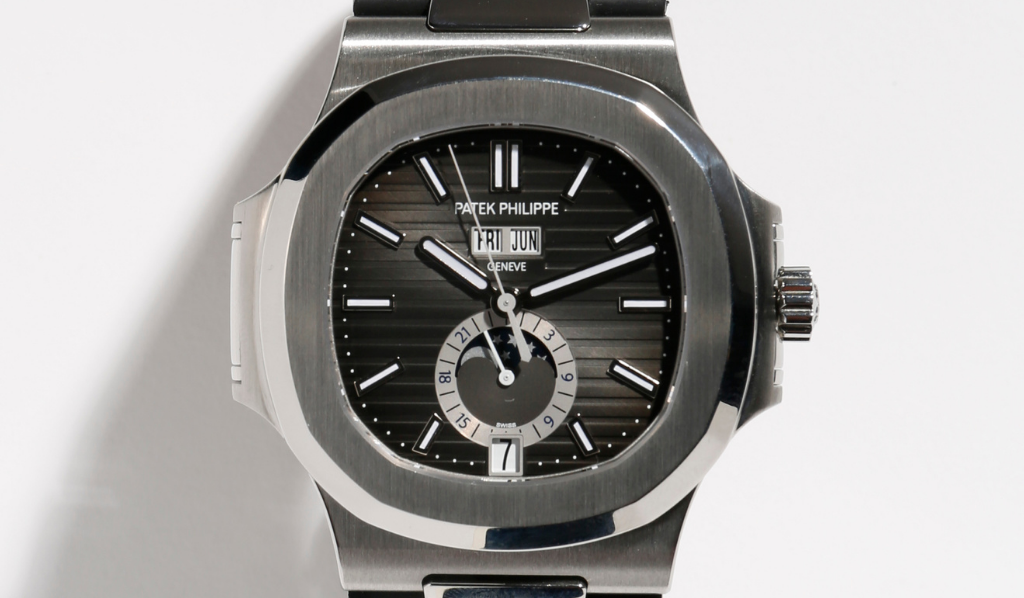 Get answers to these questions:

The following is a guide on how to pronounce luxury watch brand names:

A. Lange & Sohne — [AY Lan-ge und Zhuh-ne]  If you really want to show off, pronounce that ampersand as “und” to show you know it’s German, because this is Uhrmacherkunst at its best: based in the legendary watchmaking village of Glashütte in Saxony.

Audemars Piguet — [Awe-de-mahr PEE-gay] This family-run firm is based in the Joux Valley, a French-speaking section of Switzerland.

Baume & Mercier — [Bom aye mare-see-aye] This Geneva-based brand follows the French pronunciation, so remember that the ampersand stands in for the French “et.”

Bovet — [Boo-vay] Named for its Fleurier-born founder, who learned his trade in the French-speaking Val-de-Travers section of Switzerland.

Breitling — [Bright-ling] That was easy, wasn’t it?

Bremont — [BRAY-mon] It may be a British company founded by two brothers whose last name is English, but the pronunciation is pure French.

Buccellati — [Bow-sel-la-tee] As Italian as the Teatro alla Scala.

Gérald Genta — [Zher-rahld ZHEN-ta] Even if you’re not buying one of his brands, you’ll hear a lot about this legendary Geneva-based watchmaker with the French name who sold his company to Bulgari and then started a new company called Gérald Charles [Zher-rahld Sharl].

Glashütte — [Glass-hoo-tuh] <span “>Named for its location in the Saxon village known as the center of German horology.

Hublot — [Hew-blow] A Swiss company founded under a French name by an Italian watchmaker.

Parmigiani Fleurier — [Parr-mee-zhe-an-ee Flur-ee-ay] Pronounce the first part with an Italian accent and the second part with a French accent.

Patek Philippe — [Pah-tek Feel-lipe] Luckily, “Calatrava” and “Nautilus” are even easier to say.

TAG Heuer — [Tag Houy-er] The first part is easy for English speakers. The second part, not so much.

How To Sell Your Watch

Now that you have a cheat sheet to luxury watch brand pronunciation, you’re ready to talk watches and start shopping. And the best way to afford a luxury watch is to sell what you no longer wear, to buy what you love. That’s where we come in. Established in 2012, WP Diamonds was created as a modern alternative to traditional watch buyers.

Some luxury buyers haggle. Some take advantage of a customer’s lack of expertise. Others quote prices without mentioning that they also charge for insurance, a seller’s premium, commissions, or servicing the watch. We wanted to change that.

With offices in Birmingham, London, New York, Tokyo and Hong Kong we also offer the option to sell online. Our free service is focused on speed, convenience, customer service, and giving you the best possible price. No high pressure sales tactics, no fees or commissions deducted, no haggling. Just our best prices upfront and no obligation to sell.

We buy your watch directly, meaning that the entire process can take as little as 48 hours from inquiry to payment. That’s how we earned so many loyal customers. (Read our hundreds of positive reviews for yourself.)

No one knows the UK luxury watch market better than WP Diamonds. Every day, our industry veterans evaluate vintage and contemporary watches from best-of-the-best brands. Including Breitling, Cartier, Ulysse Nardin, IWC, Jaeger LeCoultre, Omega, Patek Philippe, Rolex, and more. We work with hundreds of customers on a daily basis, in the UK and internationally.

Where To Buy A Luxury Watch

Better still, eliminate the stress of snooty salespeople and luxury watch brand pronunciation and just buy online. Shop a large selection of authenticated, pre-owned watches on our sister site, myGemma by WP Diamonds. From beautiful but tricky to pronounce brands like Girard-Perregaux or A. Lange & Sohne to easier-to-pronounce brands like Rolex, Tudor, or Bell & Ross.

Shop Luxury Watches
← Top 5 Cartier Pieces of Jewellery 2022
Where Can I Sell A Diamond Ring Near Me? →