The 9 Top Reasons For Divorce

Although every breakup is different, there are recurring themes when it comes to grounds for divorce. We asked over 1,000 divorcees what caused their divorce and compiled a list of the 9 top reasons for divorce. These common themes give us a real insight into what makes marriages work and what causes them to collapse. 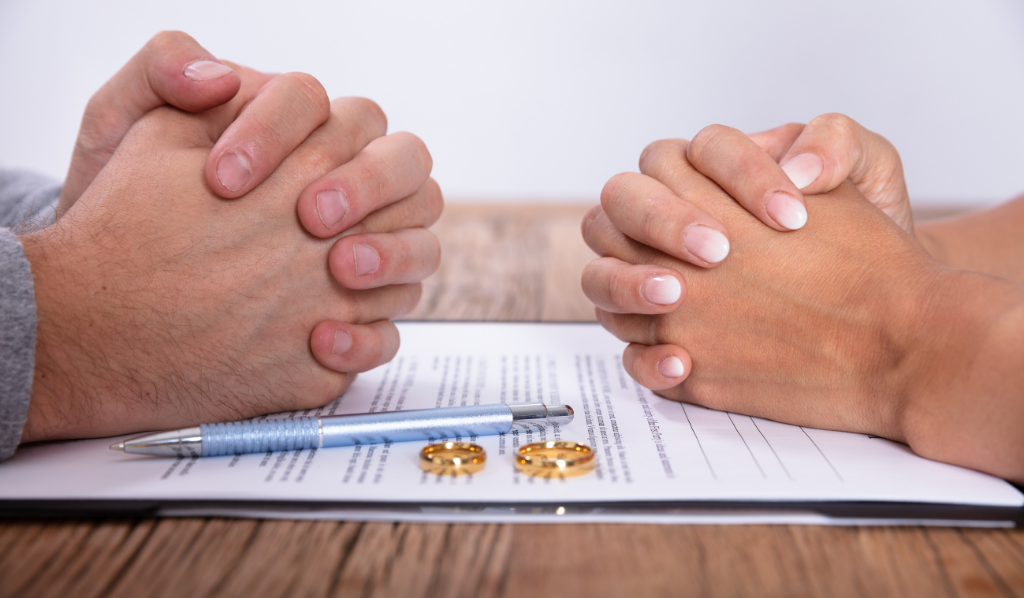 With the current divorce rate in the US hovering around 40% – 50%, you may be wondering what are the most common reasons are for a divorce.

What Are The Top Reasons For Divorce?

The leading reason for divorce according to our survey was lack of communication. Communication is key to any healthy and happy relationship. Being able to discuss problems, plans, goals and needs with your partner creates closeness. It also helps identify and fix any issues which in itself can save your marriage.

Over 34% of the divorcees in our survey cited lack of communication as their downfall of their marriage.

However you choose to define infidelity, whether it be emotional, financial or physical, infidelity is a betrayal. Although in some events infidelity may simply be a slip up, in other cases extramarital affairs can represent deeper issues within one of the partners. This could be a lack of commitment to the other person or a sense of growing apart.

While in some cases the damage caused to the relationship can be mended with marriage counseling, in other cases these can be complete deal breakers. It therefore comes as no shock that infidelity is one of the top reasons for divorce with 24% of respondents attributing their divorce to infidelity.

No relationship is conflict free. But being able to handle and solve conflict often requires compromise. Problems arise when communication has broken down, one party refuses to compromise or if the issue is completely divisive.

Couples can grow apart over time in the same way that friendships can. Just because you had a lot in common at 20, does not mean you will necessarily be compatible at 30. As people grow and evolve, all too often their lives no longer align with each other’s.

In some cases it may cause conflict and friction. In other cases it can end amicably knowing that two people who were once were great together, no longer bring out the best in each other. Drifting apart can often be cited as irreconcilable differences, where two people simply cannot make their relationship work, often for a number of reasons.

When a couple drifts apart, they may feel that they are unjustified in seeking a divorce. As no one party is responsible for the breakup and no one has done anything to harm the relationship. However, if it is causing you unhappiness and you are not able to fix this, then you are entirely justified in doing so.

A lack of intimacy in a relationship can also be extremely damaging to the love and closeness that a couple should feel together. It can create distance between two people and seem as though there is a lack of interest and a lack of attraction toward one another. For many, this can be one of the final straws in a marriage.

Preserving the level of intimacy that a couple have at the start of a relationship is not necessarily the goal. However there should still be enough intimacy for the couple to feel wanted and secure in within the relationship. While a decline of intimacy after several years of marriage is not uncommon, it is certainly an issue that can be resolved if two people are committed.

Money problems can bear a real weight on relationships and it is one of the top reasons for divorce. Financial issues can range from: strain on the relationship due to lack of income, lying about money, gambling or even stealing. Although money is not the source of happiness, a lack of financial stability can put pressure on relationships.

If you are left in a difficult financial situation due to a previous relationship, there are several steps you can take to ease the financial difficulty. Creating a financial plan, whereby you weigh up your monthly income and outgoings, can help you paint a clearer picture of where you can make savings.

One easy step to make money quickly is to sell any valuable reminders from your previous relationship, such as jewelry or the engagement ring. Selling your engagement ring (or any other valuable possessions that remind you of your ex) helps free up cash and removes painful reminders of unhappy or stressful times.

If you are looking to sell your diamonds, designer jewelry or watches, WP Diamonds can offer you a secure and quick transaction for competitive prices. Simply fill out the online form to receive your price quote. With an A+ BBB rating, our free and discreet service allows you to sell jewelry online or via appointment.

6. Married For The Wrong Reasons

Some divorcees view their marriage as doomed from the start. Maybe the couple married too young, unprepared or simply because they felt pressured to do so. If the foundation of the marriage was never right to start with, this will often lead to divorce.

In some cases, couples realize that their futures are not running parallel to each other and that there is not enough in common between the two people to keep them together. For example, one partner might want a large family whereas the other may have no desire to have any children whatsoever. One partner may want to travel the world, whereas the other partner may be ready to buy a house and settle down.

Of course opposites can attract and it is not compulsory for both partners to be of the same background, religion or political viewpoints as one another. However character forming traits and ethical views can cause deep-rooted disagreement that is difficult to ignore.

Whether it be freedom in their career, to travel, see friends or enjoy their favorite hobbies, lack of freedom led to divorce among over 11% of people in survey.

3.5% of respondents to our survey cited abuse as the reason for their divorce. Abusive relationships are still unfortunately all too common. Abuse comes in different: physical abuse, emotional abuse or verbal abuse – no matter which form it comes in it is never okay and not something that anyone should have to endure.

While some difficulties that arise in relationships can be fixed or at least compromise can be made, abuse is different. In the case of abuse it is very important to reach out for help and to get out of a destructive relationship. There is never an excuse for domestic violence, and importantly, there is help available such as The National Domestic Violence Hotline.