Top 10 Largest Diamonds In The World

Diamonds are some of the most sought-after and prized possessions in the world. The discovery of large diamonds is front-page-worthy news that captivates buyers and the public alike. From a diamond believed to be hailing from outer space to a stone discovered by a young girl in a pile of rubble, read below for the top 10 largest diamonds ever discovered. 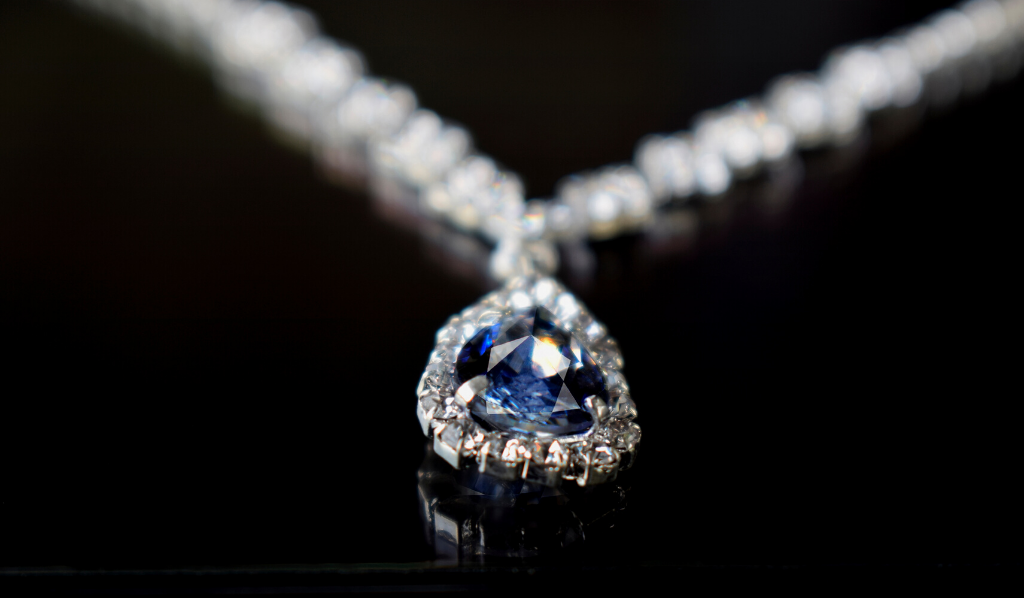 What Are The Largest Diamonds In The World?

Starting our list of the top 10 largest diamonds in the world is Woyie River. Discovered in 1945, the Woyie River diamond is named after the river in Sierra Leone in which it was found. At the time, the Woyie River Diamond was the largest alluvial diamond in existence.

The diamond was subsequently brought to England, where it was shown to Queen Mary in 1947 and to the public at the British Industries Fair in 1949. The diamond was ultimately cut into 30 pieces, the largest of which is the Victory Diamond, named after the victory of the Allies in WWII shortly after the diamond’s discovery. The Victory Diamond is a 31.35-carat D-color, VVS2 clarity gemstone purchased by investor Frank Gould for his wife Florence in the mid-1900s.

Originally found in the Mbuji-Mayi mine of the Democratic Republic of Congo in 1990, the Millennium Star was a whopping 777 carats uncut. Purchased by De Beers, the rough diamond was cut by the Steinmetz Group to form a 203.04-carat, D-Flawless pear-shaped diamond.

One of the most notorious diamonds in history, the Koh-i-Noor diamond dates back to the 13th century at least, when it was reportedly discovered in the Kollur Mine in India. The diamond stayed in the hands of the ruling Kakatiya dynasty for some time, ultimately passing from one succeeding dynasty to the next. The diamond traded hands between various Sikh, Mughal, and Persian rulers who fought over it.

Unearthed in 2015 in the Karowe Mine of Botswana, this 813-carat diamond was originally mined and owned by the Lucara Diamond Corp. After trading hands a few times, the diamond was purchased by De Beers, who sold it to the Zale Corporation.

In a widely publicized sale in 2016, the diamond was purchased by Dubai firm Nemesis International DMCC for a record-setting $63.1 million, making the diamond worth $77,649 per carat. The company has future plans to reshape the diamond.

One of the world’s largest diamonds was discovered in 1989 by a young girl who was playing in a pile of rubble in the Democratic Republic of Congo. It took four years for experts to analyze and finally cut the diamond, ultimately choosing to cut a smaller flawless diamond as opposed to retaining a larger size but with more inclusions. The resulting 407.78-carat, Fancy Deep Brownish Yellow, internally flawless diamond set a Guinness World Record when it was valued at $55 million.

The fifth largest diamond in the world was found in 1972 in the Diminco mine in Sierra Leone. The diamond was initially purchased for approximately $2.5 million by jeweler Harry Winston, who cut the diamond in a 143.2 emerald-cut gem. When an internal flaw was noticed, the diamond was recut into 17 smaller pieces, the largest being a 53.96 pear-shaped diamond.

The Excelsior diamond was the largest diamond in the world until the discovery of the Cullinan diamond. The stone was found by a working in 1893 in the Jagersontein mine in South Africa. Because the diamond was so large and flawless, it became difficult to find a buyer.

Ultimately, in 1904, the diamond was sent to expert I. J. Asscher of Amsterdam, who cut it into ten smaller stones. The largest gem is a pear-shaped gem weighing 69.69 carats.

One of the most recently discovered large diamond, the Lesedi La Rona was unearthed in 2015 in the Karowe Mine in Botswana. In June of 2016, the rough diamond failed to find a buyer at a Sotheby’s auction, likely due to its large size. It is expected to be sold privately.

Found by Sir Thomas Cullinan at the Premier Mine in South Africa in 1905, the Cullinan Diamond was presented to King Edward VII shortly after its discovery. The diamond was cut into 96 small gems and 9 large gems, including the Cullinan I (also known as the Great Star of Africa), a 530.4-carat stone. The Cullinan I is set in the Sovereign’s Sceptre with Cross, an important part of the British Crown Jewels.

Topping the list of the top 10 largest diamonds in the world is Sergio. This black carbonado diamond, the largest rough diamond in the world, was found in 1895 in Bahia, Brazil. Carbonados are very rare and are the most durable form of diamond. They often resemble carbon in their natural form.

Some experts believe this rough stone hails from space, a fragment of a supernova that occurred 3.8 billion years ago and landed on Earth 2.3 billion years ago. For more about expensive jewels and famous diamonds, read our ranking of the Top 10 Most Expensive Items of Jewelry in the World.

How To Sell Or Upgrade Your Diamonds Or Jewelry

WP Diamonds offers a free, secure service for selling your diamonds, designer jewelry, and luxury watches online. To receive your price quote, fill out the online form and a member of our team will be in touch with your estimate. Once you receive a final price, you can choose to get paid by check, wire or store credit for a higher final price. Receive up to 10% more when you accept your offer in store credit.

Sell diamonds, diamond jewelry, engagement rings, luxury watches or handbags. We buy your pieces directly, no middle man, online listing, fees or commissions deducted. The entire process can take as little as 24 hours from start to finish. We pride ourselves on our A+ BBB rating, unparalleled customer service and strong prices.

Get A Price Quote
← Where Are Diamonds Mined? Top Diamond Producing Countries
How To Upgrade An Engagement Ring →