Coveted, collected, and copied, a year’s top luxury handbags are as much a sign of their times as any hit song or blockbuster movie. For 2022, that means a list evenly divided between timeless classics and timely trends. Here, our guide to 2022’s can’t-go-wrong styles, plus our advice on how to get started in today’s hot market for pre-owned luxury handbags. 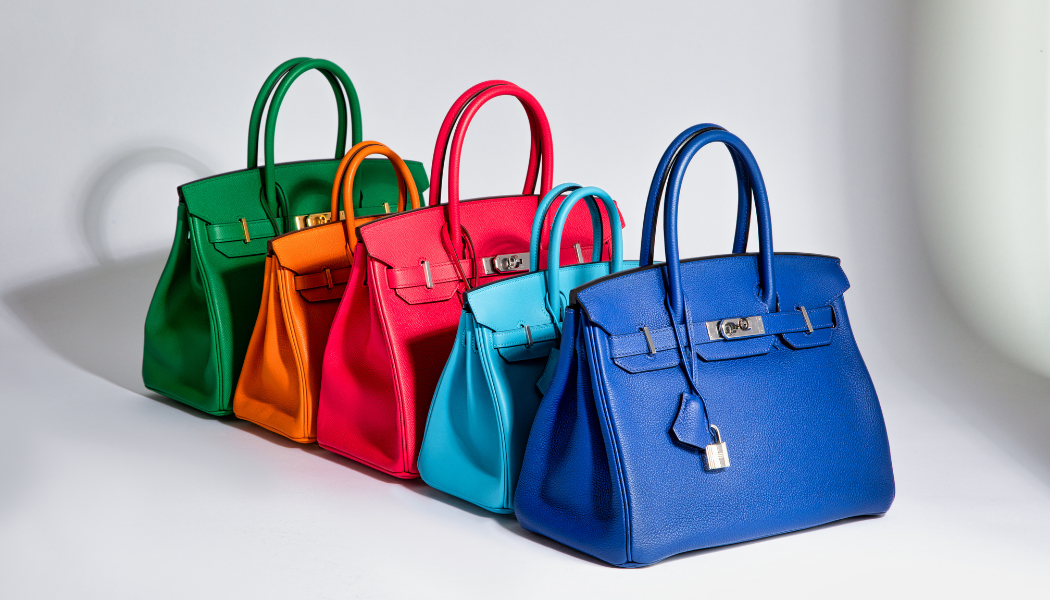 Coming at number of our list of the top luxury handbags this year: the LV Speedy. There’s a style that’s stayed fashionable for 90 years. Debuting in 1930 as the Express, a name meant to convey convenience, this bag represented a radical departure for a company then best-known for steamer trunks and hard-sided suitcases. Made of LV monogram canvas, what’s now known as the Speedy was a soft-sided, 30-centimeter satchel with a silhouette that looked like a cross between a doctor’s bag and a duffle.

Then and now, it sported a top zip closure, two rolled handles, piping, and a zipper pull made from vachetta, the untreated Italian leather that’s an LV design signature. Variations came later, as women looked for excuses to own more than one Speedy, or to have their favorite style personalized. Add a three-piece, adjustable, detachable strap to the Speedy, something that LV has been doing since 2011, and it becomes a Speedy Bandoulière that can be worn as a crossbody or shoulder bag.

Long before there was the Hermès Birkin (see below), there was the Hermès Kelly. Designed in 1935 by Robert Dumas, a member of the family that still owns Hermès, the bag was based on the Sac à Courroies, which Hermès sold to carry saddles.  Transforming it into a proper purse, Dumas used a trapezoid shape, added a rigid handle, kept the flap with pull straps, and closed it with a turnlock that came with a tiny padlock and key.

In 1954, movie star Grace Kelly picked up one while filming To Catch a Thief. In 1956, when she’d become Princess Grace of Monaco, she began using it to hide her baby bump from the paparazzi, leading women to call Hermès requesting the much-photographed “Kelly bag.” Today, the Kelly remains Hermès’ most complex model and is produced only in France, where each is made by a single artisan who spends between 20 and 25 hours hand-sewing, clamping, gluing, gumming, and buff its 36 pieces of leather.

Gabrielle “Coco” Chanel designed this handbag to be hands-free—an idea that was revolutionary when the Classic Flap debuted in February of 1955. Using the quilted leather that would become a design signature, she suspended the bag from a long metal chain so it could be worn either over a woman’s shoulder or, with the chain doubled, in the crook of her arm.

Then and now, its other elements included an open pocket on the back, a turnlock closure, a burgundy lining, and a zippered inside pocket—although it wasn’t until the 1980s that Karl Lagerfeld had the inspiration to turn that turnlock into a branding opportunity by adding Chanel’s double-C logo. (The name 2.55, an allusion to the style’s debut date, refers to a Classic Flap without that double-C turnlock.)

Once upon a time, English actress Jane Birkin, famed in France for her years with musician and writer Serge Gainsbourg, happened to be sitting next to Hermès owner Jean-Louis Dumas on a flight from Paris to London.

At the time, Birkin lugged a wicker basket everywhere, claiming she couldn’t find a weekend bag she liked. When her wicker wouldn’t fit in an overhead bin and its contents spilled, she and her seatmate spent the rest of the flight discussing purses and sketching their ideas on the back of an airsick bag.

In 1986, Dumas presented her with the results of their collaboration, but it wasn’t until the 1990s that Birkin fever began to rage, leading to five-year waiting lists, countless counterfeits, and a secondary market where Birkins appreciate more than blue-chip stocks. Today, when phones and inboxes are flooded with special offers and influencer images, Hermès manages to maintain its mystique and remains one of the top luxury handbags with zero promotion. Why bother, when celebrities are proud to pay full price and promote it for you?

When this tote debuted in 2007, it already looked like it had been around forever. Larger and lighter than the Speedy, the Neverfull used a classic trapezoid shape and was made in the monogram canvas that LV had been using since 1896.

Aptly named, the Neverfull GM size (which has a 15.7 inch opening) is popular as both gym tote and diaper bag, but to cultivate the collecting impulse, LV currently offers dozens of Neverfull options including personalization with Goyard-style stripes and monograms, stickers, and colored canvas or leather.

Call it part of the Nineties comeback. Bella Hadid and Kendall Jenner, who have both been photographed with a Re-Edition on their arm, weren’t even born when Prada’s Saffiano-trimmed nylon became the stuff of chic. Now that sturdy luggage-grade nylon is back in this “It Bag,” which looks so much like earlier Prada styles that it’s impossible to tell old from new—even in a side by side comparison.

That means that if you’ve got one of the Prada originals hiding under a dust bag in the back of your closet, you’re already good to go. And if you missed out the first time around, you can catch up with either a vintage model bought on the secondary market or one directly from Prada, which is making them in enough colors to inspire match-my-outfit collecting sprees—all priced under $800.

Another trend that shows no signs of slowing: the tote with a designer name spelled out in big capital letters, as seen at Celine, Chanel, Givenchy, Saint Laurent, and practically everyplace else that puts out an accessories collection.

Currently, though, Dior’s Book Tote heads the list because of a range that includes animal prints, exotics, camouflage, and logo fabrics—plus patterns that are witty references to the house’s heritage, like cannage (a version of quilting that looks like chair caning) and houndstooth (the favorite of founder Christian Dior).

Think of this one as a drawstring bag without the drawstring. Or a clutch that’s oversized, floppy, and hard to hold. No one picks up the Pouch for practical reasons, yet its puckery, soft shape is seen everywhere on social media and is de rigueur gear for fashion editors.

The first big hit from Bottega Veneta’s British-born design director Daniel Lee, the Pouch was introduced in the spring of 2019, and is 40 centimeters wide, has a single-compartment interior, a top that snaps shut with a magnetic closure, and no handle or strap—which turns finding anything in your purse into a two-handed operation. (Cue to Coco Chanel spinning in her grave.)

Still, the Pouch is utterly irresistible, particularly since Bottega Veneta makes it in so many colors, including a wacky blue metallic and something called Sponge, a loopy, hand-knit nappa that produces a purse that looks like a lap dog.

Proving that a great handbag doesn’t seem to stay out of fashion for very long, the Saddle Bag is back—bigger than ever—after becoming a cult favorite in the early 2000s when Sarah Jessica Parker carried one as Carrie Bradshaw during Season Three of Sex and the City. Then, no longer available from Dior, it languished in obscurity for a decade or so—until Beyoncé pulled one out of her closet and started carrying it everywhere.

Cut to the second half of 2018, when Dior was officially re-introduced the style with loans to influencers and celebs backed up by a huge push on social media.

Don’t even think about trying to buy one on the website, where you’ll read: “This highly coveted style has very limited availability. Please check back at a later time.” Yet everyone who’s anyone somehow seems to own a Pochette Metis, a 10-inch wide flap bag with three interior pockets and a gold-tone lock that looks like the locks on classic LV steamer trunks.

Usually done in LV monogram canvas with vachetta trim and gold-tone hardware, the Pochette Metis has an optional strap that allows it to be worn as a shoulder or crossbody bag. Let us go on record as predicting that, five years from now, we’ll be listing the Louis Vuitton Pochette Metis in the icons section of the top luxury handbags of 2025.

HOW TO SELL YOUR LUXURY BAG

If our list of the top luxury handbags has inspired you to add to your own collection, there’s no better way to start than by getting rid of the bags that you no longer love.  But with so many auction sites and consignment shops competing for your attention, selling a designer bag can be intimidating.

If you’re looking to sell a luxury handbag quickly and easily, you can start by investigating  the process pioneered by WP Diamonds. Since 2012, when we began buying diamonds, fine jewelry, and luxury watches, WP Diamonds has gained a reputation for honesty and best-in-class customer service. That means no haggling, no high-pressure tactics, and no hidden fees.

To prove it, we have an A+ rating from the Better Business Bureau and hundreds of five-star online reviews from happy customers.

Sell in-person: WP Diamonds offers appointments Monday through Friday from 9 a.m. to 5 p.m. at our discreet New York offices. Just bring your handbag with its box, dust cover, and paperwork (if you have it).

Then meet with our luxury handbag expert, who will be happy to explain how she arrived at her valuation. If you accept our offer, we can pay—immediately—by cash, check, or wire transfer. If you decline our offer, you’re under no obligation to sell and the process is still free.

GET A PRICE QUOTE
← Birthstone Chart: Birthstones By Month
How To Buy A Used Luxury Watch →