Top 10 Most Expensive Items of Jewelry in the World

Jewelry has played a central role in culture for millennia, utilized by the remote Ancient civilizations to modern populations today. During that time, some of the most sought-after and luxurious stones have passed from person to person, gifted or sold for vast sums of money. The following list of the most expensive jewelry in the world is populated by pieces ranging from pink diamond rings to peacock brooches that have adorned kings, queens, emirs, and even modern socialites. 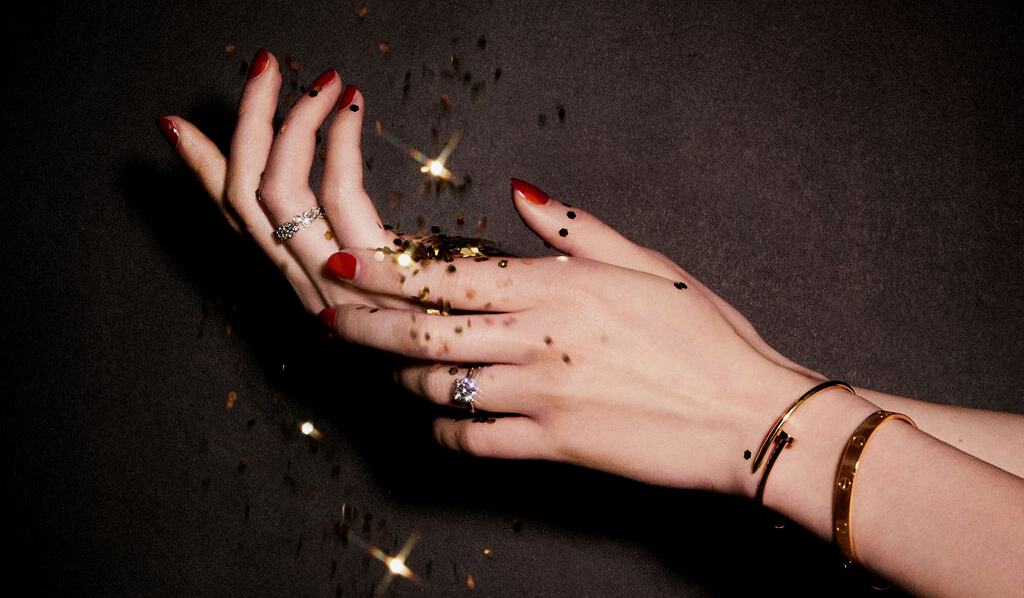 What Are The Most Expensive Items Of Jewelry In The World?

These are the top 10 most expensive items of jewelry in the world:

This dazzling Chopard watch contains a whopping 874 diamonds in all. The three largest diamonds, all heart-shaped and ranging in color from pink to blue to white, swivel apart to reveal the watch face underneath. This 201-carat watch is regarded as the most expensive watch in the world.

This Cartier necklace, made up of emerald green jadeite beads and secured with a ruby, diamond, platinum, and gold clasp, sold at auction in 2014 for $27.4 million to the Cartier Collection. This famed necklace was owned by Barbara Hutton, heiress to the Woolworth fortune, and Princess Nina Mdivani.

In 2010, this 24.78-carat, fancy intense pink diamond broke records upon its sale at auction for $46.2 to jeweler Laurence Graff. The diamond was originally owned by Harry Winston and kept in his private collection for decades, but Graff recut and renamed this diamond upon his purchase. The jewel is mounted in a ring flanked by Graff shield-shaped diamond shoulders.

In 2015, Hong Kong billionaire and collector Joseph Lau purchased this diamond ring at auction for $48.4 million, renaming it the “Blue Moon of Josephine” after his 7-year-old daughter Josephine.  The 12.03-carat Blue Moon diamond was discovered in 2014 in the Cullinan mine in South Africa.

The world’s most valuable necklace, created by jeweler Mouawad, contains the world’s largest internally flawless diamond. In the Democratic Republic of Congo in the 1980s, a young girl discovered the central diamond in a pile of mining rubble. The 407.48-carat diamond is attached to a rose gold chain adorned with 230 carats of smaller diamonds.

This blue diamond shocked audiences when it fetched $57.5 million at a Christie’s auction in May 2016. At the time, this14.62 emerald-cut stone that once belonged to Sir Philip Oppenheimer was the most expensive jewel ever sold at auction.

In early April 2017, the Pink Star fetched $71.2 million dollars at a Sotheby’s auction, making it the most expensive jewel ever sold at auction. The Pink Star was purchased only five minutes into bidding by Hong Kong conglomerate company Chow Tai Fook Enterprises.  Formerly known as the Steinmetz Pink, this fancy vivid pink diamond weighs 59.6 carats and is the largest “internally flawless, fancy vivid pink” diamond to ever be graded by the GIA. The Pink Star was originally mined by De Beers in Africa in 1999 and weighed 132.5 carats before being cut and polished into its current impressive state.

Discovered in an Indian mine in the 1600s, the 35.56-carat, fancy deep grayish blue Wittelsbach Diamond is rumored to have first been owned by King Philip IV of Spain and included in the dowry of his daughter Magarita Teresa upon her engagement to Emperor Leopold I of Austria in 1664. The jewel remained a part of the Austrian and Bavarian crown jewels for centuries. Jeweler Laurence Graff purchased the Wittelsbach Diamond in 2008 for $22 million and controversially had it recut to its current state, a 31.06-carat, fancy deep blue, cushion cut diamond. The recutting improved the jewel’s clarity and brilliance and increased its value tremendously. In 2011, the diamond was sold for over $80 million to its current owner, a member of the Qatari royal family.

Unveiled in 2013 at the TEFAF luxury art and antiques fair in the Netherlands, this peacock brooch has a total carat weight of 120.81. This incredible display of beauty and extravagance from Graff Diamonds contains 1,305 gemstones and measures just over 10 centimeters in height. The center diamond is a pear-shaped fancy deep blue diamond that weights 20.02 carats on its own. Fanning out from the center of the brooch are white, yellow, pink, orange, and green diamonds.

One of the most widely recognized jewels in the world, the Hope Diamond is a 45.42-carat fancy dark grayish-blue, antique cushion cut diamond worth approximately $200-250 million. Since its initial discovery in Golconda, India in 1666, the diamond has changed hands numerous times. The diamond was originally purchased by King Louis XIV in 1668 and dubbed the “French Blue”. The diamond remained in the possession of the French royal family until 1792, when it was stolen during the French Revolution amidst a looting of the crown jewels.  The jewel reappeared in 1839 in the gem collection catalog of Henry Philip Hope. After passing through several more owners, including Pierre Cartier and socialite Evalyn Walsh McLean, the gem was purchased by jeweler Harry Winston in 1949. Winston ultimately donated the jewel to the Smithsonian Institution, where it remains on display today.

There are a number of factors that determine how much your jewelry is worth:

The only true way to determine how much your jewelry is worth is to consult an expert.

How To Sell Your Jewelry For The Best Price

If you are wondering how much your jewelry is worth or are considering selling your jewelry, start by getting your free online quote from WP Diamonds. Whether it is a watch, designer jewelry, vintage or a diamond piece, simply fill out the online form and one of our designer jewelry, watch or diamond experts will be in touch with a price range.