How Did Tiffany & Co. Became So Successful?

A pioneer whose name would become synonymous with American style, Charles Lewis Tiffany began a “stationary and fancy goods store” in 1837, alongside his friend John B. Young. With a $1,000 advance from his father, his business of selling glass, cutlery, jewelry, clocks and other wares grew rapidly. 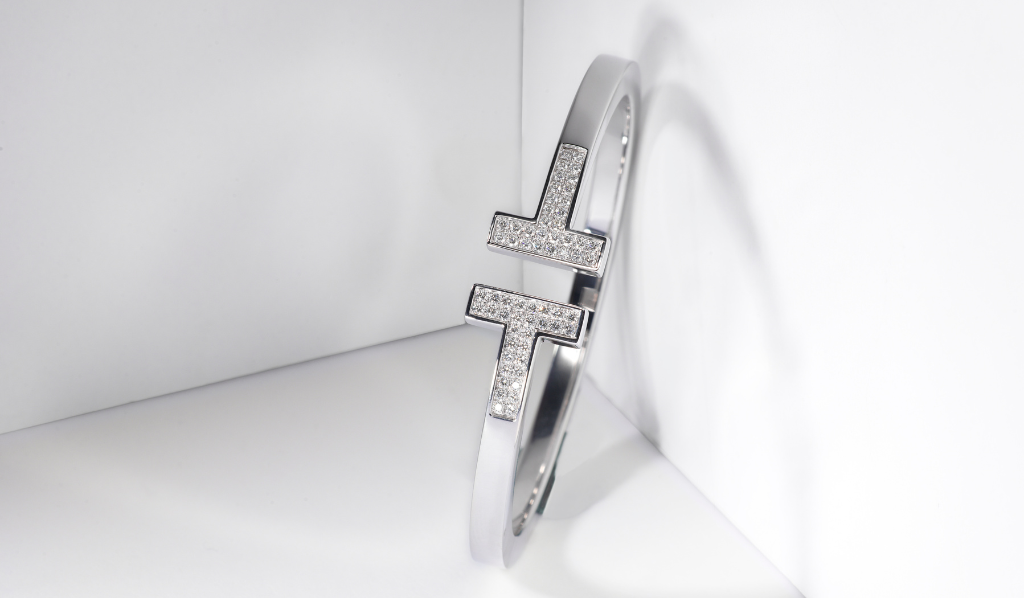 With their infamous little blue box, Tiffany has established itself as an international icon: synonymous with luxury and romance. But just how did Tiffany & Co. became so successful? We take a close look at the luxury jewelry brand and it’s key to success.

How Did Tiffany & Co. Became So Successful?

The History Of Tiffany & Co.

Before we tackle the question: How did Tiffany & Co. became so successful? It is worth taking a step back and looking at their humble beginnings.

A pioneer whose name would become synonymous with American style, Charles Lewis Tiffany began a “stationary and fancy goods store” in 1837, alongside his friend John B. Young. With a $1,000 advance from his father, his business of selling glass, cutlery, jewelry, clocks and other wares grew rapidly.

At the time, bargaining was the standard, and the company set a new precedent by implementing set prices, setting the ground for establishing their prestige. In addition, the company also broke the norm by only accepting cash payments, whereas most jewelers took credit, attracting wealthy patrons to the premise, who could afford to pay upfront for high quality goods.

“Tiffany, Young, and Ellis,” which later became the internationally acclaimed brand, Tiffany & Co., implemented a continuous commitment to successful strategizing, engaging generations and never losing the core hallmarks of excellence in jewelry design, luxury and customer service. Charles’ son, Louis Comfort Tiffany, became the first Design Director in 1902, and continued to elevate the standard, which has continued through today.

A marketing visionary, the company trademarked Tiffany Blue, a color inspired by the medium colored shade of a Robin’s egg, and which led the creative genius behind the “little blue box.” Instantly recognizable, Tiffany does not allow a Tiffany blue box to leave the premises without a purchased item of merchandise inside, adding heightened exclusivity to their distinct packaging.

The 1860’s saw a boost in designs featuring turquoise, in particular a brooch set with turquoise and pearls, reminiscent of Tiffany Blue. With an all encompassing focus, the color has permeated all merchandise, packaging and security. Even the guardrails of the Fifth Avenue building are being covered by branded Tiffany & Co. blue cloth today. Home décor and weddings have followed the influence, and although trademarked, Americans look to decorate their events, homes, and selves with accessories tinted by the luxury and legacy of Tiffany Blue.

Up until 1886, diamond rings were bezel set, which protected the diamond, yet limited the ability of light to shine and reflect through the stone. That year, Tiffany and Co. introduced the Tiffany setting, where the band sits close to the finger, while six prongs securely hold a solitaire round brilliant–cut diamond.

Because more light could now enter the diamond from all sides, and wasn’t obscured by the metal of a bezel setting, the brilliance and fire of a diamond was maximized, forever changing the design of engagement rings. The Tiffany engagement ring setting was an instant hit, and arguably remains the most popular setting in the world to date, as it still is their bestseller.

Famed mineralogist, and gemologist for Tiffany Co., Dr. George Frederick Kunz had a long and prolific career establishing a legacy of color for the company. An advocate for American gemstones, he championed Montana Sapphires, discovered in the 1880’s, and highlighted them in the 1889 Paris World Fair gold-metal exhibit. The next year, their Montana Sapphire Iris Brooch won the grand prize at the 1900 Paris fair.

A variety of spodumene, in pastel lilac-pink, was discovered later in California in 1902 and named Kunzite, after the famed gemologist. Assembling and growing important collections of gemstones, Kunz eventually donated them to New York’s American Museum of Natural History, founding the Morgan Memorial Hall of Gems, supported by financer John Pierpont Morgan. When pink beryl was discovered in Madagascar, Tiffany & Co. introduced the new gemstone, Morganite, to the public in 1910.

4. Setting The Mark For Silver

Supporting the 925 /1000 sterling standard in Europe, Tiffany was the first US company to adopt the standard, and was instrumental in it becoming adopted as the United States Sterling Standard in 1851. Tiffany became the first American company to win the prize for excellence in sterling silver craftsmanship at the 1867 Paris Exposition Universelle.

5. Influencer Marketing Ahead Of Its Time

After the 1900 Paris Fair, Tiffany was appointed as the royal jeweler for the crowned heads of Europe, Ottoman Emperor, and the Czar and Czarina of Russia. In addition, Tiffany & Co. worked alongside the wealthiest families in America, such as the Vanderbilt and Astor family, on commissioned silver services and jewelry.

Later on, Jacqueline Kennedy Onassis and Elizabeth Taylor were some of the A-list glamorous patrons of the brand. Governments also employed the company for many commissions, including the redesign of the US seal in 1885, and the super bowl medal, Vince Lombardi Trophy.

And who can forget Truman Capote’s “Breakfast at Tiffany’s”. A bestselling novel published in 1950, inspired a later 1961 film starring Audrey Hepburn as Holly Golightly, a fictional character synonymous with Tiffany & Co. gems, draped with diamonds.

Today Tiffany is still working with celebrities to elevate the status of their jewelry. Recently, Tiffany & Co. is partnered with Lady Gaga to promote their jewelry collections to the millennial generation. Without a doubt, the legacy lives on, alongside the company’s exceptional eye for luxury.

How To Sell Tiffany Jewelry

When looking to sell your Tiffany jewelry, WP Diamonds offers a fast and easy way to have money in your account in as little as 24 hours. With an A+ rating from the Better Business Bureau and over 1,000 customer reviews, we take the safety and security of your Tiffany jewelry seriously. Simply fill out our online form and our designer jewelry experts will be in touch with you shortly with an initial price estimate.