The Most Affordable Hermès Bags

Since 1837, Hermès has created exquisite leather pieces renowned for their craftsmanship. The first Hermès handbag was created in 1922, by Thierry Hermès in the Grands Boulevards quarter of Paris. Prior to that, the atelier was a harness workshop focused on serving European noblemen – including the likes of Napoleon Bonaparte. 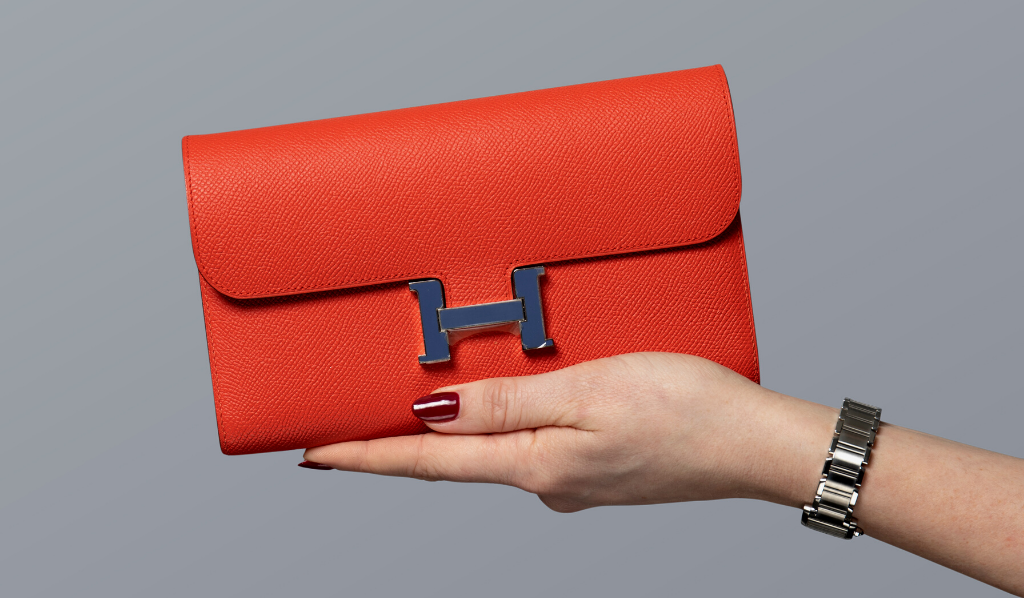 Today the brand makes some of the finest, and most expensive, bags in the world. That’s not to say you can’t find a coveted Hermès piece in your budget. We’re sharing an overview of the most affordable Hermès bags from this infamous French fashion house.

What Are The Most Affordable Hermès Bags?

Originally created in 1971, Émile Hermès dedicated the bag to his youngest child, Aline. This casual shoulder bag was redesigned decades later and debuted in 2014 with a signature Hermès Sellier stamp on the front upper center part of it plus has an adjustable strap.

Inspired by horseback rider’s needs to carry their saddles, boots and brushes, the Aline line uses durable canvas to create the modern yet timeless bag we know today. Great for outdoor events, running errands and exploring a new city, the Hermès Aline tops the list of affordability with incredible quality.

A functional and hassle-free crossbody or shoulder bag, the Evelyne is an iconic mainstay of Hermès’ bag offerings. Derived from the brand’s equestrian beginnings, the Evelyne set out to be a hands-free bag perfect for anyone on the go.

The Evelyne line has three different generations of design but all stay true to the bag’s iconic shape and perforated leather ‘H’ on the front. The main differences between the older versions are the pocket and strap options. The newest generation, the Hermès Evelyne III, comes with an adjustable strap and external back pocket.

A customer favorite entry-level Hermès accessory, the Evelyne bag is made with Epsom or Clemence leather in stunning neutral shades to primary, candy-colored ones and is ideal for a more relaxed look.

Considered the ‘Kelly bag’s little sister’ is the Herbag and Herbag Zip. With similar features and structure to the Kelly, this bag is typically crafted with canvas and a leather top. While the original Herbag was discontinued in 2000, the Herbag Zip debuted in 2009.

The newer version has an added back pocket for easy access to essentials and comes in a myriad of both staple neutrals and seasonal colors. A fan-favorite feature is its clochette and padlock are identical to that of its more expensive counterpart. A great introduction before splurging on a Kelly, the Hermès Herbag is a wonderfully durable accessory.

Tracing back to Hermès’ equestrian roots is the Picotin bag line. Inspired by grain feeder bags for horses, this bag features a similar shape with two top handles and a Kelly lock clasp. It’s the closest the brand has come to the bucket bag style and its unusual shape makes it unique amongst other luxury bags.

While most purchase Hermès twilly scarves for the handles, a fun accent to the Picotin is tying a twilly in a bow on the front for some added personality. Additionally, leather straps can be added to turn it from a top handle to a shoulder bag. No matter how you wear it, the Hermès Picotin is a beautifully crafted, affordable option to carry your essentials with style.

A best-seller, the Hermès Garden Party lineup fits every busy lifestyle that needs a chuck all bag that is both chic and functional.

While the Garden Party Tote seems expensive compared to its competitor counterparts like the Louis Vuitton Neverfull, this Hermès bag comes in both leather and canvas options with a less logo-focused design and greater emphasis on details like its spacious interior and Clou de Selle snap closure.

Whatever your life throws at you, trust that this tote bag will hold it all with elegance and ease. There’s a reason it’s a customer-favorite and with most options under $4,000, it’s a fabulous Hermès addition to every closet.

The only clutch on this list, the Jige Elan is the epitome of transitional, able to seamlessly work from day to night. Like many others from the brand, this clutch features a prominent ‘H’ in the form of a leather tab closure on the front.

This piece’s name derives from its designer’s initials. The son-in-law of Émile Hermes, Jean Guerrand created the bag as a gift to one of his daughters-in-law. Today, this stunning clutch comes from high-quality leather and is available in every color you can dream of. Consider the Jige Elan as an affordable Hermès staple piece that suits every occasion.

Originally designed for travel, the Hermès Bolide bag embodies elegance and functionality. The idea behind the debut of the 1923 ‘sac pour l’auto’ or ‘the bag for the car’ stemmed from a trip to America to visit the Ford Motor Factory. While there, Emilè Hermès learned about the zipper for the car’s roofs and had the idea to attach it to a bag.

This revolutionary finding resulted in the Bolide bag we know today and its infamous round, trapezoid shape, and zippered top. The bag’s versatility contributes to its best-selling history. With a crossbody and shoulder strap plus two leather top handles, the bag transitions to however you’d like to wear it.

While in the $5k range, it is still half the price of a Kelly or Birkin. With the Bolide’s history and chic aesthetic, it’s a great, less expensive, all-leather bag option from Hermès.

Where To Buy Affordable Hermès Bags?

While these are more affordable Hermès bags, they definitely aren’t cheap. Plus, many are relatively difficult to find due to their popularity. Consider the pre-owned market to find both modern and vintage Hermès bags without the waitlist.

At myGemma, we source authentic Hermès bags of every style to bring you the best selection of pre-owned Hermès bags, including styles like the Kelly or Birkin.

Where To Sell Hermès Bags For The Best Price?

Make room for more Hermès bags by selling the ones sitting in the back of your closet to WP Diamonds. As a reputable source with thousands of online reviews and an A+ BBB rating, we’re your go-to for selling luxury goods in as little as 24 hours. Our service is free of charge with no fees or commissions deducted from your final offer.

Start by filling out the form below to sell your items via appointment at one of our offices in New York, Hong Kong, Tokyo, or the UK or through our free, fully insured shipping. Our team of experts will be in touch to price and extend an offer so you can make room for new Hermès and other luxury designer pieces.