The History Of The Hermès Birkin

We take a close look at the history of Hermes Birkin and how this elusive leather bag made its way into popular culture. Ashley Stanton, Head of Handbags, at myGemma, shares her expertise on why the Hermès Birkin is a great investment piece, how to shop for one, what you should look out for, what details make the bag so valuable and how to snag one in the resale market. 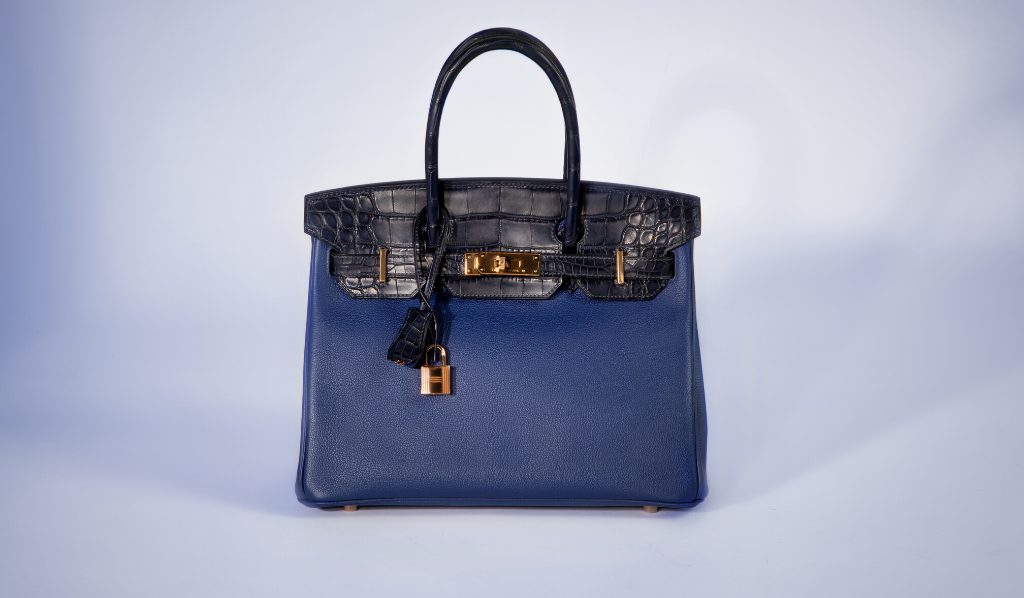 The Hermès Birkin Bag is arguably the most covetable handbag with the longest-staying style power. The value of a Birkin has been increasing by an average of 14.2 percent each year, ever since its debut over 35 years ago. Researchers compared the value of gold to that of the Birkin over the past 35 years, and concluded that a Birkin bag would make a better investment.

It’s no wonder this bag is so popular among the rich and the famous – including Kate Moss and Kim Kardashian – Victoria Beckham is even rumored to own over 100!

The History Of The Hermes Birkin

1983 – 1984 – The history of the Hermes Birkin begins with a chance meeting between Hermès chief executive, Jean-Louis Dumas and actress Jane Birkin. While seated next to each other on an Air France flight from Paris to London, Jane mentioned she was unable to find a handbag that held all of her things. The contents of her bag had fallen from the overhead compartment above, striking up a conversation between the two.

By the time they landed, Jean-Louis Dumas had completed the preliminary sketches for what would become the most iconic bag in history. Crafted by one artisan entirely by hand, it’s now considered to be the holy grail of handbags. Its exquisite craftsmanship and exclusivity keep this bag in high demand 36 years after its debut.

2001 – Cementing the Birkin’s “It Bag” status, a storyline on Sex and the City featured Samantha trying to skip the five year waiting list to get a Birkin bag. After the episode aired, the actual wait list length nearly tripled, cementing the Birkin’s place as an iconic “It Bag” of the 21st century.

2005 – The bag gained more notoriety when Gilmore Girls features a storyline involving Rory Gilmore’s boyfriend, Logan, gifting her with the precious handbag; only to discover that Rory is completely oblivious to why the bag is so special.

2008 – A memoir titled, Bringing Home the Birkin; My Life in Hot Pursuit of the World’s Most Coveted Handbag, by author Michael Tonello, was published. The book recounts Tonello’s career selling used luxury goods on eBay, and gives readers a titillating inside look at the world of luxury goods.

2013 – Kim Kardashian West was both envied and criticized for being gifted a $40,000 USD Birkin by then-fiancé, Kanye West, on which contemporary artist George Condo painted a group of nude figures. Controversy ensued as the fashion and Instagram community immediately voiced their spirited opinions on “defacing” an icon.

2015 – In July of 2015, Jane Birkin, a known PETA advocate, asked Hermès to stop using her name for versions of the bag made with crocodile skins, due to ethical concerns. She is quoted as saying, “having been alerted to the cruel practices endured by crocodiles during their slaughter for the production of Hermès bags carrying my name … I have asked Hermès Group to rename the Birkin until better practices responding to international norms can be implemented for the production of this bag.”

2017 – The most expensive bag ever sold at auction was at Christie’s Hong Kong. The Matte White Himalaya Niloticus Crocodile Birkin 30 with 18k White Gold and Diamond Hardware sold for approximately $380,000 USD. This surpassed their previous 2016 record for a similar bag.

What Makes A Birkin Covetable?

Coveted for status and scarcity, the Birkin is often spotted on the arms of the rich and famous and is seen as a status symbol. Made in limited quantities, the average person can’t just walk into Hermès and purchase one.

To procure a Birkin at retail-level, you typically need to have a relationship with the store; meaning by purchasing things from Hermès over time, you may be offered the chance at a Birkin should one come available. Before the rise of luxury resale, the Birkin was considered a “Unicorn,” unattainable for most people.

What Makes A Birkin An Investment?

Usually when you buy something (like a car), the depreciation process begins immediately. However, the Birkin appreciates over time. Hermès is one of the few brands that is consistently bought and sold at prices well over retail.

While there are variables to consider that can affect the value: condition, size, material, color, hardware, etc.; but overall, a Birkin is a solid investment. The craftsmanship and quality of Hermès bags is unparalleled; they really will last you a lifetime. Like most luxury brands, Hermès prices increase annually, and as long as the demand outweighs the supply, the Birkin bag will always be a great investment piece.

Is A Birkin An Accessory Or A Piece Of Art?

Much like the purchase of Hermes’ Kelly bags (named after Hollywood actress Grace Kelly), the purchase of a Birkin can be viewed as both an accessory and a piece of art. When buying a Birkin, there are so many things to consider: color, material, hardware, and size.

If you’re looking to really wear it, I always suggest going with the piece that speaks to you and that you will enjoy for years to come.

If you’re looking to buy a Birkin as an investment piece, I would suggest purchasing one in Mint or Excellent Condition in neutral colors in classic leathers or an exotic material like Crocodile.

What Are The Most Coveted Skins Or Leathers For A Birkin?

Retail prices vary depending on the material, but most of Hermès leathers are in the same ballpark. Exotic materials like Alligator, Crocodile, Lizard, and Ostrich come with a higher price tag and thus, a higher resale value. Hermès has released many different leathers and skins over the years; selecting the type is a matter of personal preference.

WP Diamonds is a leading buyer of luxury handbags, simply complete our online form to receive your price quote from our experts. You then have the option to sell online (free shipping and insurance) or in person at our offices (NYC, Tokyo, Hong Kong and the UK).

Our service is free of charge and designed to take as little as 24 hours. We buy your luxury goods directly, there is no middle man or waiting for your items to sell.

With an A+ BBB rating and over 1,000 customer reviews, we pride ourselves on our strong prices and unparalleled customer service.