The 10 Top Sneakers Of All Time

When looking at the evolution of sneakers, it is impressive to see just how far we have come. So much so, that choosing the top 10 sneakers of all time is no easy feat. In this article, our sneaker experts shine a light on some of the most iconic sneakers that paved the way to where we are today. 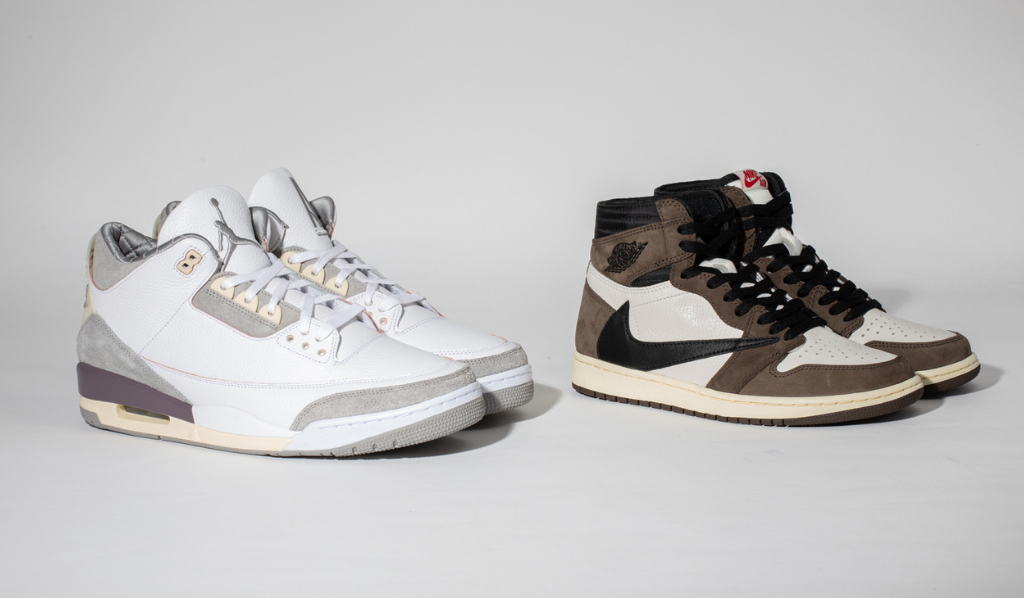 What Are The 10 Top Sneakers Of All Time?

For this one, it is mandatory to add the year to the name! The 1985 Air Jordan 1 is held to a higher standard. Both the quality and the construction of the 1985 Jordan are vastly superior to contemporary Jordan. In fact, this shoe, even at the tender age of 36, is still wearable to this day. Not a common occurrence for other shoes of its time.

Before Micheal Jordan made his documentary, “The Last Dance”, the market for 1985 Air Jordan 1s was relatively small. Prices were close to $1,000. After the documentary, the market boomed. So much so that these days, to find a pair under $1,500 is almost impossible.

The real reason this sneaker comes in at number 1 is because of the story behind it. Every time Micheal Jordan wore his Jordan 1s onto the basketball court the NBA fined him $5,000. Nike’s response to this was to keep paying the fines so long as he kept playing in them. For most sneaker lovers it was that devotion to a single pair of shoes that made them fall in love and seal this shoe’s spot at the top of our experts’ list.

The word ‘iconic’ gets thrown around quite a bit. But to be called iconic and classic you can only be talking about one shoe: the Air Force 1.

It is available in 5 different variations:

No matter which variation you have, if it’s all white it is looked at as a canvas. In fact, this shoe is the number one most customized shoe of all time. Not to mention that when you think of all the great Nike Collaborations, so many of them are Air Force 1s.

First released in 1985 as a basketball shoe, Peter Moore the designer, says that the concept stems from an evolved Air Force 1. The evolution did not stop there, the Dunk SB is considered one of the pillars in sneaker designs to this day.

Currently, we are seeing the Dunk craze return. The market has been flooded with some classic colorways and some never before seen. Nike SB Dunk sneakers are at an all time high and we expect this to continue.

In 2009, Kanye West got everything he had been dreaming of when Nike offered him a collaboration. Not only was this huge for him but it changed the way artists would collaborate with big brands ever again.

The Air Yeezy 1 was so limited when it was released it was hard for Kanye himself to even get a pair! By Nike not giving Kanye the same royalties they gave athletes however, they sealed their own fate.

Sneaker fanatics will never forget the highly anticipated Air Yeezy 2 Red October. The release kept getting pushed back, but little did we know what was happening behind the scenes. Once released, Kanye announced to the world that he was no longer working with Nike.

This is the shoe that put Tinker Hatfield on the map in 1987. The Air Max 1 is a classic sneaker initially intended for running but gradually moved into an iconic lifestyle shoe.

In the early 2000s a lot of now iconic collaborations took place with this silhouette from Clot, Patta, Kidrobot, and many more! If you try to get your hands on any of these infamous shoes you’re looking at well over $3,000. While you might originally covet these sneakers to wear, they’ve now reached peak vintage status where you’re more likely to display them as a collector’s piece.

We all know Kanye is influential in fashion, but when he released his first 350 sneakers in 2015, no one was ready. Some will say otherwise, but the start of the replica market for footwear really picked up steam with this release.

The simplicity behind this silhouette must have seemed so easy to them. Not to mention the profit margin was insane when they first released: you could not spend less than $1,500 on any size! To this day we still see counterfeit colorways that do not exist in Yeezy world.

The sneaker industry was forever changed and not because of the Air Jordan III, but because of Tinker Hatfield. Some call him the father of sneaker design for all of his legendary silhouette designs. This shoe makes the first introduction to elephant print, taking it to its iconic status. To say people went crazy for the print would be an understatement, the industry was simply never the same again.

This shoe’s original intention was as a professional basketball sneaker in 1970. Little did Adidas know it would cross over into the hip-hop dance scene and stay there.

In the 1980s, we saw Run DMC Take hold of the iconic silhouette and the rest was history! For the first time in history, a non-athlete was signed to a sneaker brand paving the way for all future artist collaborations. Some would say this was the crossover that made sneakers such a staple in African-American communities.

Whenever footwear is part of the conversation you can’t make any list that doesn’t involve the Chuck Taylor All Star. For the past 113 years, Converse has remained a staple item in all sneaker lovers’ closets.

In 1917 Converse made the first basketball shoe. It wouldn’t be until decades later that they would have any real competition for the basketball market. Transitioning from the courts to mainstream street style, soon the fashion industry saw beauty in this iconic silhouette.

To start our list is the Adidas Forum, first released in 1984 as a basketball shoe. Available in high and low top silhouettes, both variations feature an adjustable velcro strap. For 1984 this shoe was a game-changer. Best known for its bright blue colorway, this sneaker came in almost every color imaginable.

The reason this shoe weighs in at number 10 is for the history behind it. So often we look at the sneaker industry and only think of Nike but something had to fuel Nike’s innovation. Adidas did just that.

How To Sell Sneakers Online?

Are you looking to sell sneakers online? WP Diamonds is your one stop shop. We are expert luxury and designer goods buyers with an A+ BBB rating and thousands of customer reviews. Simply click the button below to complete the online form. Please include photos of your sneakers, including the box and sneaker size tag, and we will be in touch with a price quote.

Example Imagery For Sneakers You Want To Sell

Our service is transparent, simple, and can take as little as 24 hours from start to finish. We buy your sneakers directly, with no fees or commissions deducted from your final offer. Schedule an appointment in New York or request our free, fully insured shipping to send your sneakers in for a price quote.

Get A Price Quote
← New York’s Diamond District: Everything You Need To Know
Does Cartier Jewelry Hold Its Value? →