Discover the October 2021 sneaker releases all in one place with our Head of Sneaker’s curated monthly index of drops. From dates, colorway details and retail prices, we curate a monthly list to make it easy to find which sneaker releases you’re after. 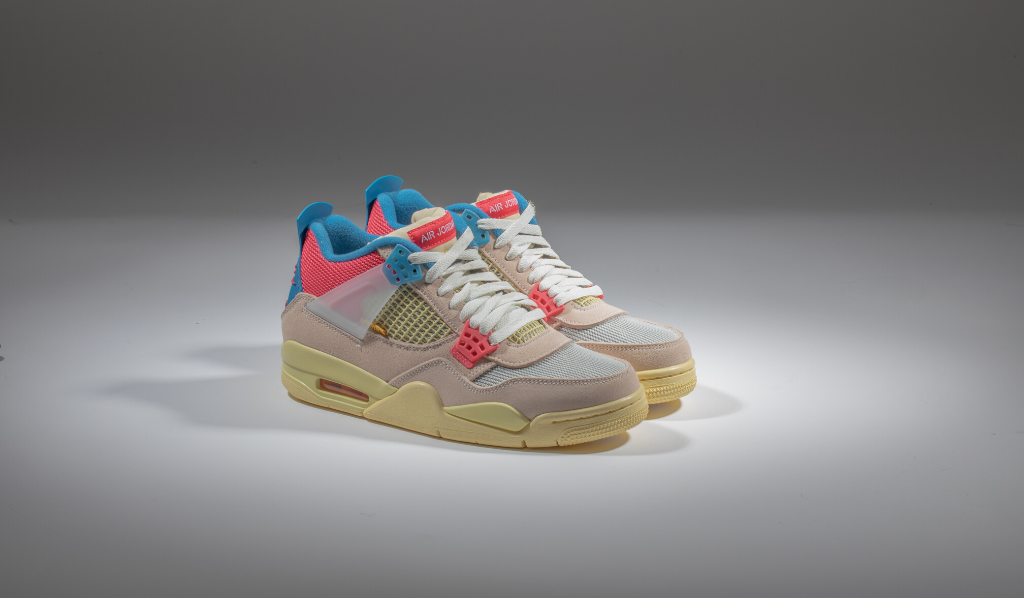 October’s line up includes spooky surprises with Halloween sneakers from Nike and Jordan Brand. Other noteworthy drops include the Air Jordan 4 ‘Red Thunder’, Nike SB Low Dunk ‘Mummy’ and Yeezy Foam Runner ‘Vermilion’. Read on for our full list of upcoming October 2021 sneaker releases to have on your radar this month.

This article will be updated throughout the month as more releases and dates are confirmed.

The NBA’s colorway of their latest collab came as a surprise to some, according to our Head of Sneakers. This is because of the colorway that they went with, which is the well-known black and red of the Chicago Bulls.

The Bulls have not been a top ranking team in recent years, making them an unexpected choice for this edition. Maybe this is the NBA’s way of saying we should expect them to step up in a new way this year, or that the NBA has not been as entertaining since Michael Jordan was on the Bulls roster. The set retail on this sneaker is expected to be $110.

Debuting a second colorway is the collab between Sacai X Clot, who are releasing a monochromatic blue-grey hued LDWaffle shoe. The colors are a throwback to Clot’s 2013 “Kiss of Death 2” Air Max 1 collaboration.

With a touch of green on the tongue and mesh fabric used throughout, it’s a great sneaker our experts are loving. Expected retail for this sneaker is $180.

Celebrating the 2021 Summer Olympics is this release from Nike. The sneaker’s colorway draws inspiration from the Gundam statue in Tokyo, a 60 foot giant robot that stands by the water in the city.

This Nike SB Dunk does a great job of capturing all the cool accents of Gundam, with its contemporary and robotic aesthetic. Releasing in two colorways, you have the option of coveting a black or white version, or both! Both colorways come with removable swooshes so you can personally customize your shoe as you’d like. The retail price for this sneaker is set at $120.

Nike’s Dunk Low ‘Halloween’ sneaker does not yet have an official release date but our Head of Sneakers anticipates that it will be in the weeks prior to Halloween.

Unlike all the typical Halloween releases that more loudly have the spooky vibe, this one is a bit more subtle. That’s thanks to fun details like its glow in the dark sole. It is fitting for Nike’s Halloween shoe for 2021 to be a Dunk Low after all the success that this silhouette has had this year. Expected retail for this sneaker is at $120.

The Nike SB Dunk Low ‘Mummy’ has no official release date yet, but there are rumors, no pun intended, this release will stay mummified and may never release. Our Head of Sneakers draws comparisons to the Freddy Kruger SB Dunk that was teased yet also never released.

Like the Halloween Dunk, the Mummy SB outsole glows in the dark and the upper is made of unbleached canvas. However, we’re hopeful it does release, with a retail price likely around $100.

For the first time, the Air Jordan 4 ‘Red Thunder’ is releasing. This sneaker draws inspiration from the 2006 release that featured yellow instead of this colorway’s red. This design will automatically go down as a classic, as all red and black Jordan sneakers usually do.

According to our Head of Sneakers, Jordan Brand has really been on their game when it comes to the Air Jordan 4 colorways with true classics that have mass appeal. This Jordan’s release will be difficult to get your hands on, but if you do, expect a retail price of $190.

The similarity between ‘Bluebird’ and ‘Blue Suede’ is intriguing because the latter was not a top performer in sales. Our experts think it’s tough to anticipate if that’ll be the case for this release as well or if it’ll be a surprise sell out.

Whenever the Jordan Brand makes a women’s sneaker, they ensure incredible quality. If that reputation continues with this release we expect a love for this sneaker that we haven’t seen before. Expected retail is at $190.

Debuting in a classic black, white and gold colorway is none other than the Air Jordan 12 ‘Royalty’.

This Jordan 12 has striking resemblance to the ‘Taxi’ edition but there are a few differences. The major differences between the two are the laces and the color of the stitching which is gold instead of black.

This seems like more of a collection piece than an everyday sneaker with a retail price of $190.

Air Force 1 Low ‘Purple Skeleton’ does not yet have a release date, but its name insinuates a likely release around Halloween.

Nike has established a relatively new tradition in releasing this silhouette with a skeleton print on the sides every year. For the past three years they have released a new colorway and it always sells out.

All of the Air Force sneakers released previously with this skeleton design feature a glow in the dark midsole and a pretty nice quality leather. The retail is set at $130 and rounds out our list of the Air Jordan release dates 2021 for October.

The Yeezy Boost 700 ‘Wash Orange’ does not yet have a release date. However recently Kanye has been releasing the beloved waverunner in a variety of colors but the one thing they all have in common is the orange midsole.

Knowing how much people adore the waverunner it only makes sense that they would tweak the silhouette just a little to keep it relevant. Expected retail for this sneaker is $240.

The latest Yeezy Boost 350 V2 does not yet have an official release date. This will be the second MX colorway debuting from this new batch of 350s.

There is something to be said about the way Kanye West uses color and in this shoe you can appreciate the merging of colors you would never really see together. This colorway resembles the ‘Semi-Frozen’ edition with its multi-colored marbling effect. The ‘MX Oat’ will retail for $220 upon release.

The 380 made quite a splash when the first colorway was released in 2019, however as of lately people have shied away from the silhouette. Our Head of Sneakers believes this could be because Kanye’s colorways were not popular.

If it was the need for more neutral colorways to increase this shoe’s popularity, fans will likely appreciate this design that has no bright colors at all featuring just white and grey. The anticipated retail for this sneaker will be $230.

This colorway of the foam runner was one of the first teased for this month’s October 2021 sneaker releases. It is the first vibrant colorway of this silhouette that we have seen. Only Kanye could release a highly-anticipated red shoe in October when one would expect orange and black to dominate.

The Foam Runner may release closer to the Gap YZY collection that has been rumored for some time now. Whenever this Foam Runner does release it will retail for $80.

SELL YOUR SNEAKERS FOR THE BEST PRICES

Fund your favorites from the October 2021 sneaker releases by selling the sneakers you no longer love. At WP Diamonds, our selling services are free, secure and could get you payment in as little as 24 hours.

With an A+ BBB rating and thousands of customer reviews, we’re your go-to resource for selling your sneakers online for the best prices.

BUY SNEAKERS FOR THE BEST PRICES

From name brands like Nike, Adidas and Jordan to luxury houses like Balenciaga and Gucci, discover sneakers for up to 80% off retail at myGemma. Enjoy guaranteed authenticity and an A+ BBB rating. Sign up for the myGemma email list to get an extra 10% off your first purchase (T&Cs apply).