Over the years, topaz and citrine have often been mistaken for one another, despite being unrelated minerals. Keep reading and we will guide you through the rich history and distinctions of November’s birthstones. 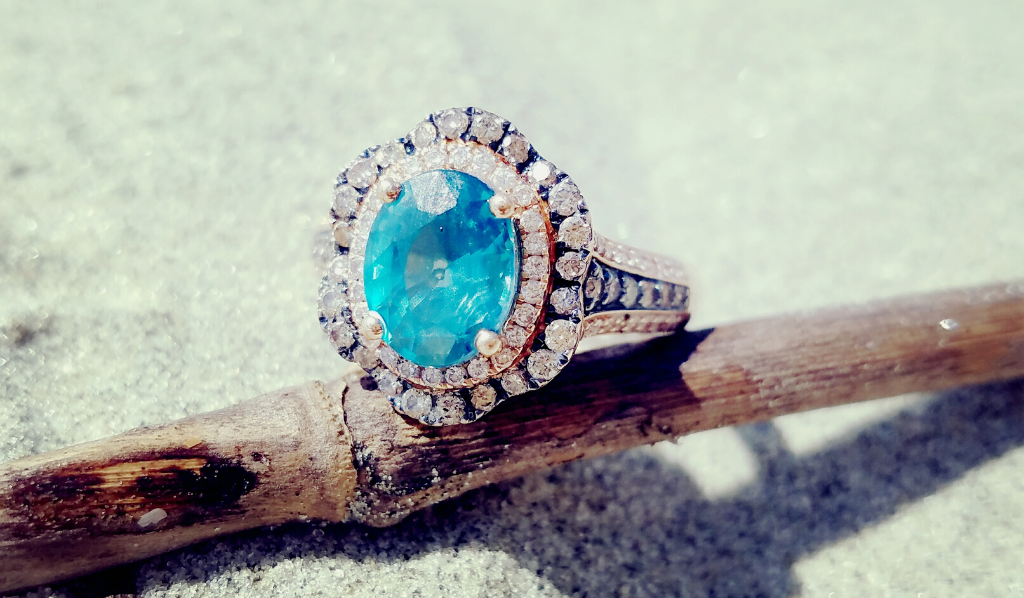 What Are The November Birthstones?

November babies have the choice between two dazzling November birthstones to pick from: topaz and citrine. Both stones come in a brilliant array of colors and symbolize warmth and energy. As topaz and citrine are abundant and affordably priced, gemstone lovers can easily add these stones to their collection.

Topaz’s name comes from the ancient Greek island of Topazons, now known as St. John’s Island. Pure topaz is colorless and takes on color when tainted by impurities. The most prized topaz color is imperial, which has a bright orange hue with pink undertones. Blue topaz rarely occurs naturally and is often created through irradiation treatment.

Throughout history, topaz retained mass appeal thanks to its dazzling appearance and healing powers the stone was believed to possess. Ancient Egyptians and Romans likened topaz to the sun god, believing it to protect and heal. During the Renaissance, people believed that the stone could subdue anger and remove spells. Hindus saw topaz as sacred, believing that the topaz could bring the wearer wisdom and a long life. African shamans utilized the stone in healing rituals and to communicate with spirits.

Topaz As A Birthstone

Topaz is said to be a soothing and healing stone. It was used to ease unrest, provide protection, and enhance the wear’s vitality.

Other major qualities topaz are said to have include:

Citrine’s name comes from the French word ‘citron’ for lemon, perfectly embodying the stone’s hues which range from a light yellow to bright orange. Throughout history, citrine was considered topaz, despite being an unrelated mineral species. Citrine became popular during the mid-1800’s when Queen Victoria fell in love with it. During this time, mineralogists realized that amethyst and smoky quartz could be heat treated to create the lemon and golden hues of citrine. This discovery made citrine widely available and affordable on the market.

Commercial citrine is still made by heating varieties of quartz and a yellow hue rarely occurs naturally. Manmade citrine is sometimes called “burnt amethyst” and can be distinguished from natural citrine by its dark orange color. As this stone is available in a wide section of sizes and is affordable, citrine can be a perfect statement piece for anyone.

Throughout history, people believed that citrine carried the same powers as topaz. Citrine is sometimes referred to as the “healing quartz” for its ability to purify the body and prevent negative feelings. To access citrine’s powers, the ancient Greeks carved images into them, the Egyptians crafted them into talismans, and Roman priests fashioned the stone into rings. During medieval times, the Celts used the stone to protect them against evil thoughts, the plague, and bad skin.

In the 17th century, the Scottish adorned weapon handles with citrine for protection, some used a single large citrine stone as the handle itself. Over time citrine became known as the “merchant’s stone” for its ability to attract success. For those with jobs tied to fast money ventures such as sales, banking, sports and casinos, a citrine would make the perfect gift for them.

Citrine As A Birthstone

Citrine has been celebrated for its ability to grant its wearer success and health. Other major qualities citrine are said to possess are:

Jolie Citrine Necklace – In 2015, Angelina Jolie gifted a citrine necklace to the Smithsonian. The necklace is made of 18 carat gold with 64 bezel-set cushion shaped citrine gems centered by a 177.11 carat citrine.  This necklace is the first piece of citrine jewelry in the Smithsonian’s National Gem Collection. Angelina Jolie stated, “As the Smithsonian has educated so many of us, this jewel is a symbol of our efforts to help educate underprivileged children in conflict areas of the world.”

How To Sell Topaz Or Citrine Designer Jewelry

The entire process can take as little as 24 hours from filling out the online form to getting the money in your bank account. As A+ BBB accredited gemstone buyers, you can trust that our process is fast and secure with honest prices.

Get A Price Quote
← Can You Return An Engagement Ring?
Sell Kay Jewelry →