The Top 10 Most Expensive Sneakers

The prices of sneakers in the past two decades are at an all-time high with no signs of slowing down. Some sneakers and collaborations come with a much heftier price tag than others. Below, our experts share their list of the most expensive sneakers ever sold, from Air Jordans to Yeezys. 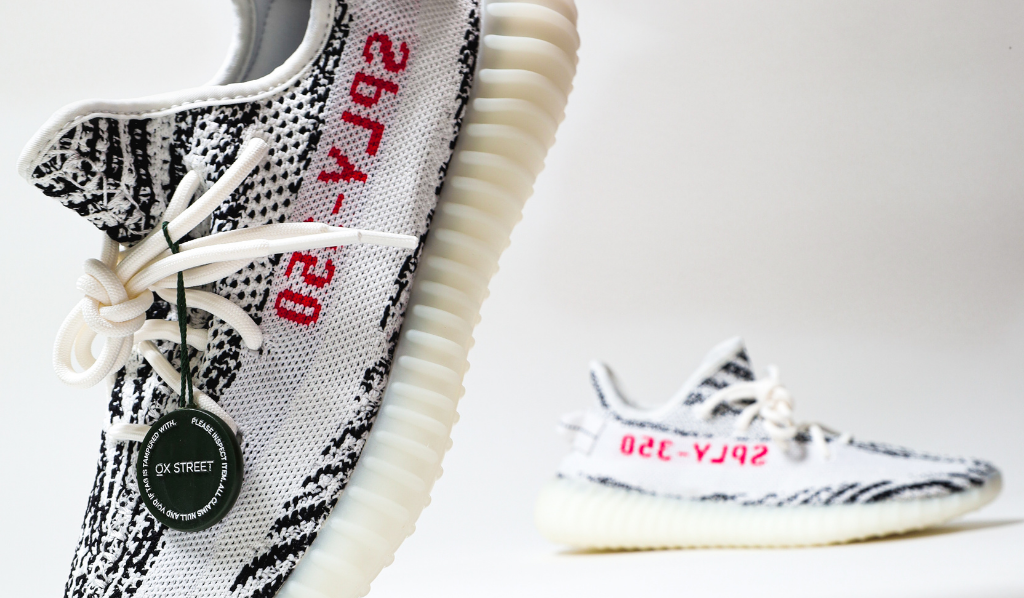 What Are The Most Expensive Sneakers Ever Sold?

Hiroshi Fujiwara is the creator and owner of Fragment, a popular Japanese Brand. It is said that Fujiwara likes to keep things simple, and that he did with the Nike Air Jordan 1s. The retail price of this sneaker collaboration originally started at $165. However on December 27, 2014 the Jordan 1 debuted and almost immediately the price skyrocketed on the resale market.

Not only was this a limited edition release, but very few cities even got their hands on it in storefronts. Nowadays if you’re looking to buy a brand new pair of Fragments your ballpark price will be around a whopping $9,990.

An iconic duo that left the sneaker world drooling: Virgil Abloh’s Off-White collaboration with Nike. For the 35th anniversary of the Nike Air Force 1, Off-White pays homage to the classic silhouette with their own rendition.

The retail price of this sneaker started at $150 when it was released on April 11th, 2017 at Complexcon. For some avid sneaker fans, this limited release was the main reason for them going to Complexcon. If you were looking for this shoe today, a brand new pair would be about $10,000.

Piet Para, a Dutch artist based in Amsterdam, has done quite a few Nike collaborations but none compare to his 2005 Air Max 1 Capital series. The inspiration behind his Amsterdam Nike was the one and only Red Light District.

The retail price was unavailable, but our experts estimate it was around €120. It was released August 1st, 2005 and its rumored that there are less than 300 pairs up for grabs. Today, this shoe brand new would be close to unwearable, but for those collectors who are in it for the beauty of the shoe, you would be looking at close to $10,000.

The 2011 release of Back to the Future II caused much fanfare. In honor of the sequel, Nike produced 1510 pairs of ‘moon shoes’. All pairs went to auction, rather than the traditional release of retail.

All the proceeds from this auction went to The Michael J. Fox Foundation for Parkinson’s disease. If someone was looking to add this LED light-up shoe to their collection today, it would run around $16,000.

Cactus Plant Flea Market is a brand known for thinking outside the box. The latest drop they did with Nike Dunk reflects the transition from sneakers being a simple athletic shoe to an intricate part of the fashion ecosystem.

In November of 2020, Nike released this Swarovski crystal shoe that was 100% blinged out. To get a pair on release day cost $550. If Cinderella is out there and looking for one today, she should be ready to spend about $19,000.

Tom Sachs is yet another iconic artist that teamed up with Nike to create something epic. Sachs’ vision for this shoe was that it would be worn every day. On May 16th, 2012, the collaboration debuted with a $200 retail price, but by the end of the day the resale price quickly escalated to new heights for a sneaker.

Tom has since made a few more variations of this iconic silhouette. There are however real sneaker enthusiasts that find the beauty in the original release. If you were to get your hands on a pair of these today, it would cost around $25,000.

The most infamous Nike SB of them all would 100% be the Krueger. Hit with a cease and desist, Nike was never able to release this shoe to the public. Of course, some samples slipped through the cracks hence the resale price now. However, no retail price actually exists, though there were rumors of a release date in January 2007.

Without a doubt, this is a true collector’s item. For this piece of history today you would have to pay a whopping $30,000.

Photos of Kanye West in the Red Octobers were everywhere in 2013, and everyone wanted to get their hands on a pair. Rumors swirled that the shoes were dropping in October, however, Kanye later announced he was no longer working with Nike.

Shortly after, Nike released the most iconic shoe Kanye had designed with a retail price starting at $245. To get a pair nowadays you’re looking at an incredible $30,000.

The Grammy worn Nike Air Yeezy 1 Prototypes is truly a one-of-a-kind shoe. Our experts included it on this list because it actually sold for $1.8 million dollars. Kanye not only won a Grammy in these shoes he also did a breathtaking performance in them.

This shoe does not have are retail price, it was last sold at Sotheby Auction House. The pair of sneakers was bought by Rares, a startup app that lets you buy shares of luxury goods.

Playstation did an amazing job promoting their new Playstation 5 gaming system with Travis Scott as the face of their launch campaign. Travis even designed Nike Dunk Lows as a fun promotion with the launch. He raffled off 5 pairs on his site with a surprise twist: there’s a clause that said you would promise not to sell them.

This is why now we deem these “priceless” and the most expensive sneaker of all time. Its rarity and the inability to actually buy or sell a pair make it truly a unique sneaker to obtain. Good luck to the person that goes for this one!

How To Sell Sneakers For The Best Prices

Sell to the trusted luxury experts at WP Diamonds. With an A+ BBB rating and thousands of online customer reviews, our service is efficient, transparent, and designed to get you the best possible prices on the market. Contact us today to see what your sneakers are worth.

Get A Price Quote
← How Expensive Are Diamond Engagement Rings?
Diamond Jewelry Buyers →