What Is The Most Expensive Diamond Color?

It’s no secret that diamonds are expensive, but have you ever wondered what the most expensive diamond color is? The answer to this question depends on whether we are discussing white diamonds or fancy colored diamonds. White diamonds are essentially colorless while fancy colored diamonds exist in a variety of colors such blue, red, pink, orange or green. We take a close look at the most expensive diamond colors, what makes these diamonds so desirable and detail some of the most famous of these diamonds. 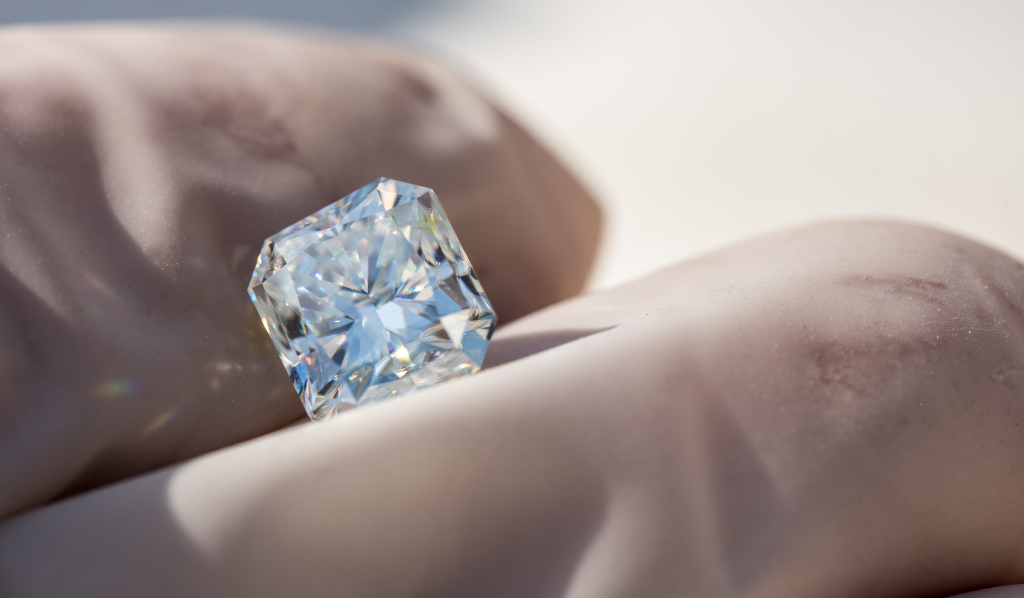 What Is The Most Expensive Diamond Color?

What Makes The Most Expensive Diamond Color So Rare?

Below, we’ve detailed what makes the most expensive diamond colors so pricy.

When it comes to the most expensive diamond color, red diamonds stand above all colored diamonds. The bottom line is that red diamonds are incredibly rare. And pure fancy red diamonds even more so, as most red diamonds have color modifiers such as purple, orange and brown.

These elusive red diamonds are found in Africa, Australia and Brazil. 90% of the global supply of red diamonds come from the Argyle mine in Australia. This mine produces 14 million carats of diamonds a year, which also includes pink, white and brown diamonds. Less than 20 carats of certified red diamonds have been sold from the argyle mine as they have a low production of gem-quality diamonds.

The Argyle mine has been in operation since 1983 but is expected to close in 2020 as its diamond supply is running low. With the mine’s looming closure, the value of red diamonds is constantly rising.

Even a one carat red diamond can be sold anywhere from $300,000 to $2 million dollars, depending on the quality of the diamond, easily making fancy red diamonds the most expensive diamond color in the world. Rather than being bought by consumers, these extremely expensive red diamonds are mainly bought by collectors and investors.

You may have heard of the 4 C’s of diamonds, which are the basics of diamond grading. One of the 4 C’s is Color, and it refers to the amount of color (or lack thereof) that a white diamond displays. Diamond color is graded on a scale of D to Z, with D as colorless and Z as a light yellow.

As red diamonds are by far the most elusive and expensive diamond color, we’ve collected a list of some of the most famous red diamonds:

Where To Sell Diamonds?

Regardless of your own diamond’s color, you can sell your diamonds easily, safely and quickly when you work with a reputable buyer. At WP Diamonds we are expert, international diamond buyers with a team of experienced GIA trained gemologists. Thanks to our rich understanding of the second-hand diamond market and our global industry connections, we provide our customers with highly competitive offers.