Curious as to which sneakers are the most faked? The reality is that fake sneakers can be scarily accurate, and sadly, most people don’t know they’re being duped. Our resident Head of Sneakers shares her list of the top 12 most counterfeited sneakers and where to shop with real sneakers, expertly authenticated. 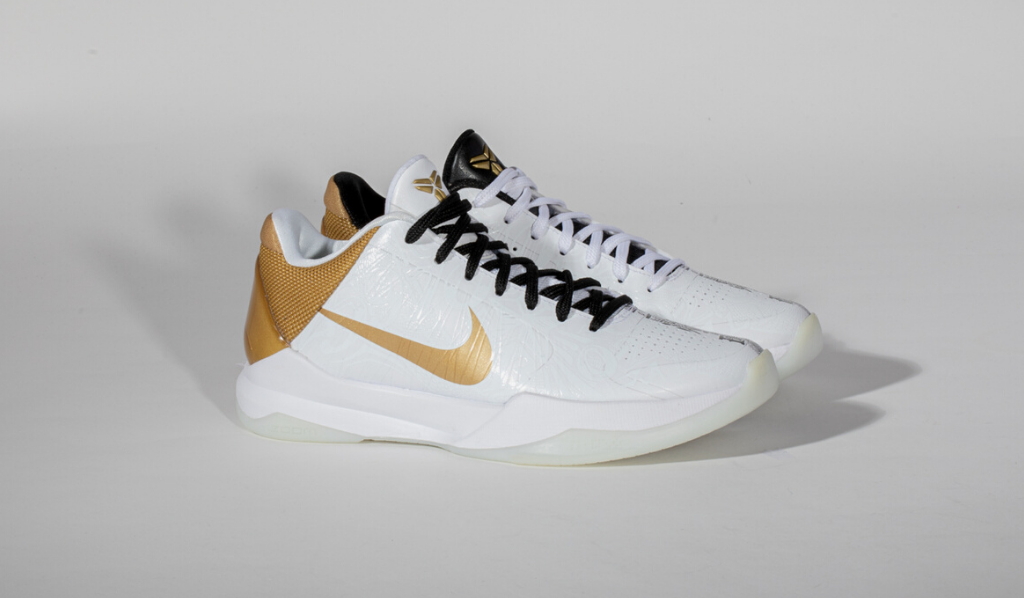 What Are The Most Counterfeited Sneakers?

Lebron was the first basketball player to create a shoe with such a high level of technology. Notably the Lebron 8’s, which include flywire, a 360 air unit and lockdown control.

The Lebron 8 South Beach was a colorway in high demand, because Lebron had decided to leave his home team (Cleveland Cavaliers) to try his luck with the Miami Heat, hence the name South Beach. This sneaker’s resale price really went to an all-time high when Lebron won the championship 2 years in a row. The counterfeit market saw the demand and made sure they would profit off of it.

Kanye essentially made the counterfeit market what it is today. This sneaker without a doubt is one of the most counterfeited sneakers of all time. The reason it isn’t number one is that with all the new 350 colorways now available, its popularity has dwindled. The demand for a 350 counterfeit sneaker will always be there but it won’t be as popular as the original Beluga colorway that came out in 2016.

Nike Air Force 1’s are probably going to be seen as an odd silhouette to make the list of most counterfeited sneakers. For a shoe that is constantly being restocked, why would people want to fake it? Back in 2002 when Nelly released his song ‘Air Force 1’ he really shed a light on the way people were buying shoes. No-one was buying just the one pair!

People were wearing a brand new pair every week as a way of staying fresh. If this is how the consumer was thinking, then Nike could never keep up! Not only could Nike not keep up but neither could people’s wallets, and that is where the counterfeit market surged in popularity.

The Yeezy 350 V1 is one of the most counterfeited sneakers seen in numerous colorways, some are even made up. There are counterfeit Yeezy sneakers that even light up. The style of the shoe seemed so simple, but luckily, the counterfeit factories just can’t get it quite right. Unlike the Beluga, we doubt that the Turtle Dove will ever release again, making the demand for this shoe everlasting.

For so many of us, this shoe was a staple in our childhood, whether we wanted it or we had it. Originally released in 2000 almost 4 years after the movie, this shoe created chaos. It only releases what feels like once a decade, the most recent release was in 2016 for the 20th anniversary.

This release truly made an authenticator’s life harder, so many really well-replicated counterfeits hit the market. With the new Space Jam movie on the horizon, our experts wonder if it will affect the prices of this iconic silhouette bringing to even higher demand than before.

Sacai really gave the people what they wanted with this release: a classic, vibrant, and simple sneaker. Everyone wanted to get their hands on a pair, and we know if the demand is there the counterfeit factories will attempt to deliver.

With a silhouette this simple there was no room for error. If you were able to get your hand on an authentic pair, you likely re-sold them for a pretty penny or you put them on your feet with the intention of them staying there.

It may seem strange that the NikeCraft 2.0 is more fake than the 1.0, but because the release for the 2.0 was bigger it made more sense to counterfeit. Nowadays there has been an uptake in people wanting that sneaker, and because of the price, it’s not every day you see a pair. This is one of the more difficult and most coveted shoes to authenticate, so be sure to purchase from a reputable source.

Waverunners have been released so many times since their initial 2017 launch. The retail price of this shoe was initially $350, quite high for an Adidas sneaker. It has become the most iconic Adidas Yeezy thus far, and of course, the counterfeit factories wanted a piece of the pie.

At this point there have been so many fake variations of this shoe it’s mind boggling. Some fakes are better than others, but none of them come close to the real thing.

No-one stood a chance of getting this hyped sneaker at retail. Unless you got it on the SNKRS app, you paid the resale price. The price on the resale market has never gone below $1,000. That is why this is one of the most counterfeit sneakers, as replica factories took on the challenge and failed miserably.

This shoe features a tear-away fabric on the uppers that reveals a lightning-esque pattern. When a sneaker features some sort of at-home customization, it tends to do well in the resale market, especially if kept in pristine/new condition.

There was quite a bit of buzz around this particular release. This sneaker release was a surprise that took place during Art Basel. It is said that the release of this sneaker created such a frenzy that the police had to shut down all of Art Basel for safety concerns.

With all the hype around this launch, the price went through the roof, and so did the fakes! Like the Tom Sachs, this tends to be one of the harder shoes to authenticate, but nothing compares to the real thing.

For the first time in history, we saw the Nike swoosh facing the opposite direction which really grabbed everyone’s attention in this limited edition sneaker. Without a doubt, it grabbed the attention of counterfeit factories.

This shoe really showed how many different variations of fake factories were out there. There were a lot of factories that made the shoe to a passable level, but could not make the box correctly at all.

Ben & Jerry’s x Dunk SB Low Chunky Dunky is seen as having that iconic look that made everyone fall in love with Nike SB again. It will surely go down in history as one of the brand’s greatest designs. They did not hold off on color, texture, or pattern. With all those elements it makes it even harder to replicate.

Authenticators agree that nearly ⅔ of those out there on the market are fake, and sadly some people don’t even know they bought a replica of one of the most counterfeited sneakers. Another lesson on being vigilant about where you purchase from.

Where To Buy Real Sneakers For The Best Prices

With such an extensive list of the most counterfeited sneakers, it was reiterated often through this article to buy from a reputable source. Look no further than myGemma, where all sneakers are authenticated by an in-house team of sneaker experts.

From well-known brands like Nike, Adidas, and New Balance to luxury names like Balenciaga, Louis Vuitton, and Gucci. Browse authenticated, hard to find and limited edition sneakers at myGemma.

Sell Sneakers For The Best Prices

Sell sneakers in as little as 24 hours to our team of experts. Our service is hassle-free, transparent, and efficient, with no fees or commissions deducted from your final price. Backed by thousands of online reviews and an A+ BBB rating, we pride ourselves on being the faster and safer way to sell your luxury and designer goods online.

With in-home appointments and free, fully insured shipping available, it’s never been easier to sell your designer sneakers. Click below to get an initial, no-obligation price quote!