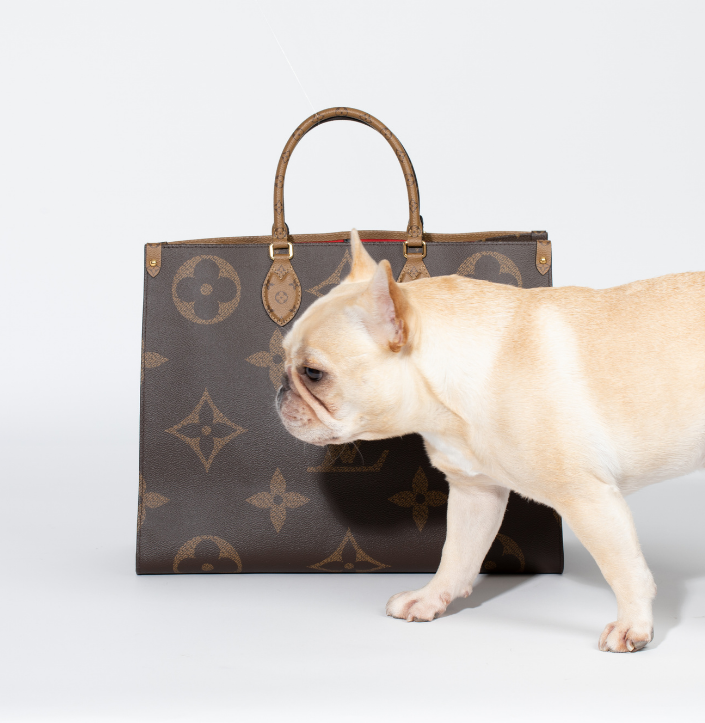 Looking to sell Louis Vuitton bags online? WP Diamonds is the faster and safer way to sell designer handbags for the best possible prices. We buy your luxury bags outright, with no fees or commissions deducted.

Our free service can take as little as 24 hours, with the option of getting paid in cash or store credit (for an additional 10 percent). Click the button below to find out what your Louis Vuitton bags are worth on the second-hand market.

What Is My Louis Vuitton Bag Worth?

There are many factors that determine how much your Louis Vuitton bag is worth. Although it will depend on the current trends for certain styles as well as the interest in preloved fashion, there are certain features that will give you an indication of how much your bag is worth.

The key factors that will impact resale value of your Louis Vuitton bag are: age, rarity, material, and condition. Usually, the more versatile designs will be worth more, as vintage bags are often bought to be used rather than simply collected, and classics like  the Alma or Speedy often retain a high resale value.

Often the most expensive Louis Vuitton bags are special orders or limited editions, meaning that they are produced in extremely small numbers and never go on sale to the general public, only to a limited group of influential people such as celebrities. If such a bag were to be sold, the value would be extremely high, due to the rarity of these pieces and the improbability of another becoming available.

Trend pieces, which have been prominently featured in magazines, on social media, or seen on influential people, are likely to sell for close to the original buying price. However, it is important to note that the condition of the bag is extremely important. When you invest in a designer handbag, it is crucial to store and maintain it properly. Finally, it is important to keep all receipts, authenticity papers, as well as the original bag and box.

Classic Capucines BB bags currently sell for $4,800 to $30,500 on the official Louis Vuitton site, whereas on the online secondary market they typically retail for between $2,600 and up—depending on their condition, color, material, and the availability of papers and dustbag. (However, if you’re interested in selling, you should note that most companies that buy and resell designer goods will take a percentage of the selling price and/or have selling fees.)

How To Sell Louis Vuitton Bags?

We know that other sites can make online selling time-consuming and complicated, so we’ve designed a simple, streamlined process for your convenience. Follow the steps below to sell your Louis Vuitton bag securely in as little as 24 hours.

2. You’ll receive a price quote
by phone or email

3. Ship your items to us securely and fully insured at no charge

We trust our insurers and Brinks to transport your items. We send you a free, fully insured FedEx overnight label. This is a free service that we offer you for your peace of mind. WP Diamonds always open your packages on video to make sure that both you and your items are protected.

Which Louis Vuitton Bags Can I Sell?

We buy a wide range of authentic Louis Vuitton handbags, shoulder bags, tote bags, and travel bags, including, but not limited to:

SPEEDY
One of the most iconic Louis Vuitton bags is the Speedy, which comes in a variety of sizes and materials besides the classic monogram canvas (there are currently 40 versions of the Speedy). Although the Speedy debuted nearly 90 years ago in 1930, it remains one of Louis Vuitton’s most popular bags.

NEVERFULL
Another extremely popular design is the Louis Vuitton Neverfull, of which there are currently 24 different models in the collection. The Neverfull is widely loved due to its array of uses and more casual and practical design. It is also extremely popular because of its larger size, making it the perfect everyday tote for work or travel.

ALMA
Classic designs such as the Alma are the most used designs for collaborations with artists and limited edition pieces because it creates a perfect blend of classic and unique style. The Alma debuted in 1991 and has been a Louis Vuitton bestseller ever since.

CAPUCINES
The Capucines bag is a much more modern design yet it has a very timeless and characteristically Louis Vuitton feel to it. Featuring the LV initials in a blend of metal and leather on the front of the bag, the Capucines is a testament to the Louis Vuitton heritage and where the brand began—on the rue des Capucines in Paris. 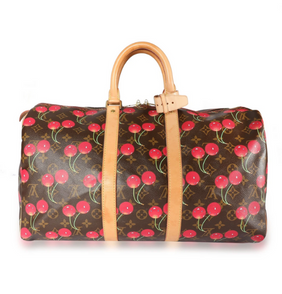 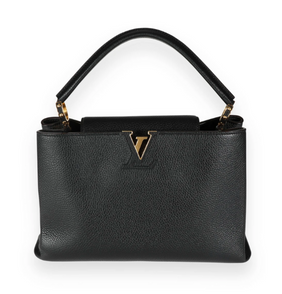 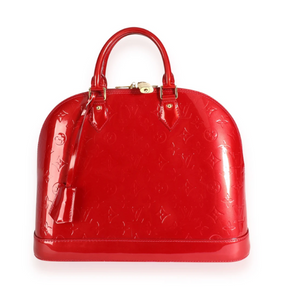 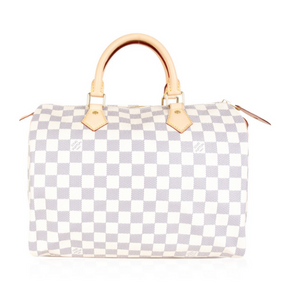 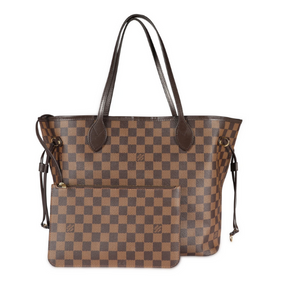 What Are Acceptable Conditions For A Louis Vuitton Bag?

Unsure if your Louis Vuitton bag is in good enough condition to sell? Use this chart as a guide: 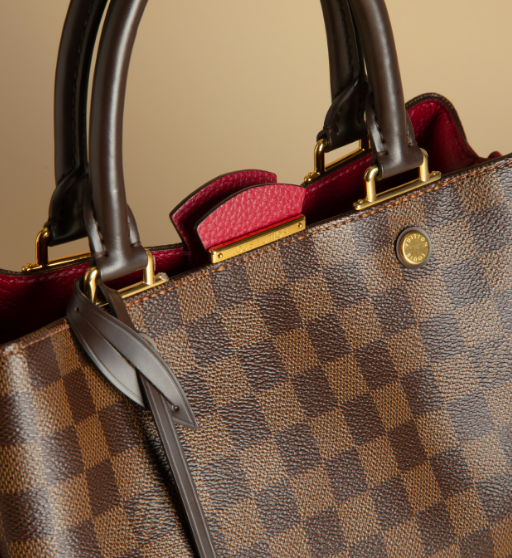 We have an A+ rating from the Better Business Bureau and our designer bag experts have the expertise to offer you the right price for your Louis Vuitton bag.

Unlike many other companies that buy designer bags, we provide a free service where we buy your handbags directly with no hidden fees or costs. To receive your quote, simply fill in our online form today. 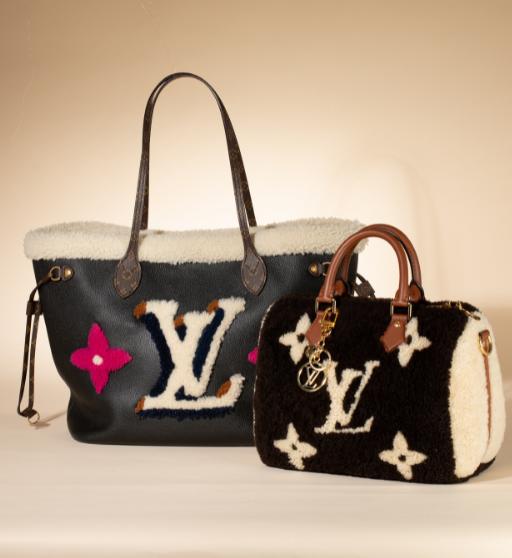 Louis Vuitton is a household name in the world of fashion and luxury goods. Synonymous with French style and renowned for its classic and sophisticated designs, it is no wonder that Louis Vuitton has stood the test of time and remains one of the most influential fashion houses in the world.

The Louis Vuitton brand was established in 1854 by 33-year-old Louis Vuitton, a box-maker from Anchay, France. Louis Vuitton founded his brand in Paris, on Rue Neuve des Capucines. The company began as a travel-goods brand, selling leather trunks and travel bags, then adapted its signature monogram canvas in 1959.

Although the brand has significantly expanded its range of designs, materials and prints, Louis Vuitton still uses the classic Monogram (LV) and Damier (checkerboard) patterned canvases on many of the bags produced today—sometimes with limited-edition updates.

The Damier pattern, for example, debuted in 1888 and inspired the Damier Ebène in 1998, the pattern’s centenary. Since then, it has also given rise to the Damier Azur, Damier Graphite, and Damier Infini. 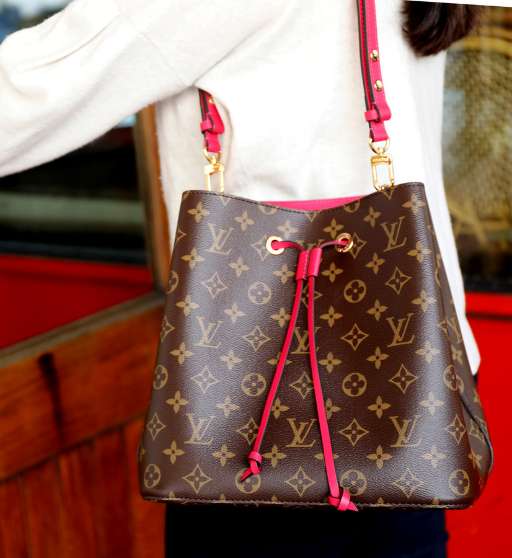 Have a Louis Vuitton bag to sell? Sell in as little as 24 hours.

If you are looking to sell a Louis Vuitton bag, WP Diamonds can offer you a quick and safe transaction. Established in 2012, our luxury handbag experts have the knowledge and expertise to make strong offers.

Unlike many companies that simply list your bag online, we buy your bags directly meaning that the entire process can take as little as 24 hours. Our service is free of charge with no hidden fees or costs. Read our hundreds of satisfied customer reviews here.
To receive your quote, simply fill in our online today form today.