History Of The Hermès Kelly Bag

The infamous Hermès Kelly bag is reminiscent of old-world elegance and is even named after a princess. A coveted and prestigious bag, second only to the Birkin, this piece’s roots trace back to the 1930s. From its first debut, rise to popularity, and where to buy one, we’re sharing an overview of the history of the Hermès Kelly bag. 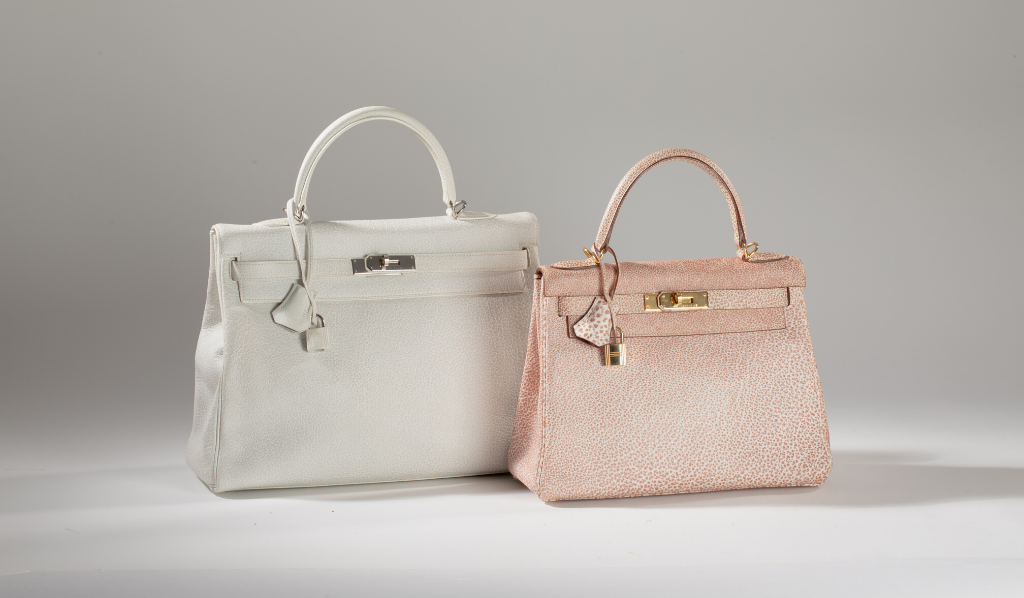 About The Hermès Kelly bag

History Of The Hermès Kelly Bag

1928 – 1935 – Before it was the Kelly bag, it was the Sac à Dépêches. Re-designed by Hermès’ son-in-law, Robert Dumas, its design rejected the embellishment aesthetic considered trendy at that time. Crafted for women in the 1930s, the focus was on simple lines and beautifully crafted leather.

It wasn’t until 1935 that the first bag hit stores. While met with success, it wouldn’t be until decades later that the bag truly took the accessories market by storm.

1954 – 1956 – Costume designer, Edith Head purchased several Hermès accessories for the film ‘To Catch a Thief’. The movie, directed by Alfred Hitchcock, marks the beginning of the Kelly bag’s rise to fame. It’s said that Grace Kelly, the main actress of the film, fell in love with the Sac à Dépêches bag on set and purchased one for her own personal use. As a fashion icon of her time, her penchant for carrying this bag contributed heavily to its rise in sales

Kelly would go on to become the Princess Consort of Monaco by marrying Prince Rainer III and the namesake of the Hermès Kelly bag.

She would infamously use the bag to hide her pregnancy from the paparazzi. This image is so iconic that the actual bag the Princess of Monaco owned has been on display at the Victoria & Albert Museum in London.

1977 – Hermès formally renames the Sac à Dépêches, in honor of Princess Grace Kelly, to the Kelly bag we know today.

2003 – A red crocodile Kelly bag was a pivotal role in the movie, ‘Le Divorce’. Starring Kate Hudson and Naomi Watts, the former throws the bag off the Eiffel Tower after receiving it as a gift. This reference continues to reinforce the Kelly’s association as an ‘it’ bag.

2019 – 2020 – Originally, the most expensive Kelly bag ever sold was in Hong Kong. A Himalaya Niloticus Crocodile Retourné Kelly 25 sold for approximately $240,000 USD.

However, a new record emerged just a year later. Pierre Hardy, the brand’s jewelry creative director, created a literal solid rose gold Kelly bag made up of 1,160 diamonds. This bag smashed the previous record and sold for approximately $2,000,000 USD.

With this historical significance of the bag in mind, we’ll now look closer at what makes these bags so desirable, difficult to get along with its price increases throughout the decades.

What Makes An Hermès Kelly So Covetable?

Part of the bag’s appeal is its reputation of being well-made, exclusive, and prestigious. Hermès stores were formerly the only source to buy a Kelly bag from and they are rarely available for purchase on your first visit.

The process of purchasing a Kelly bag involves developing a relationship with the brand or a particular Hermès store. While the waiting list creates exclusivity and competition for one, it’s also there because of the craftsmanship behind every single one.

Made up of over 26 pieces of leather and hand-stitched by Hermès trained artisans, the Kelly takes at least 18 hours to fully assemble by one artisan. This makes it unique amongst luxury bags from its competitors where bags can be mass-produced via machines.

Unlike the Birkin bag, the Kelly is lesser-known and considered more of an ‘if you know, you know’ amongst fashion insiders and luxury lovers. Part of its appeal is its insider status as a bag only true Hermès fans can recognize.

Considering the craftsmanship, rarity, and status symbol of the bag, we’ll now dig into what makes it an investment price-wise.

What Makes An Hermès Kelly An Investment?

It’s hard to believe that prior to Grace Kelly discovering it, the Kelly bag retailed for well under $1,000. Today, Kelly bags average around $10,000 with more exotic skins trending upwards of $100,000.

With price increases from 5-10% every year, there’s a sense of urgency to obtain one knowing the price is only going to get more expensive. A Kelly purchased just two years ago has already increased in value at retail by 10-20% more today.

With this in mind, it’s easy to conclude that the Kelly bag is a great investment piece. With limited runs of colors and continued rarity in obtaining one from the brand directly, it’s a bag that will retain much of its value whether it’s new or even well-loved.

Below we’ll go over how to buy and sell the Hermès Kelly for the best prices through the second-hand market.

How To Buy An Hermès Kelly Bag?

The process to buy an Hermès Kelly bag extends beyond the price of the bag. It often requires purchasing other items multiple times before a Kelly is made available to you to purchase.

This is where the pre-owned market can save you money. At myGemma you can purchase expertly-authenticated Kelly bags and other Hermès classics like the Birkin and Constance. Not just limited to Hermès bags, you can also shop other designer favorites like Dior and Chanel at up to 80% off retail.

How To Sell A Kelly Bag For The Best Price?

Due to the bag’s exclusivity, Kelly bags maintain much of their value as the second-hand market is the only place to find and purchase the exact bag you want, when you want. So how to ensure you’re selling your Kelly for the best price? Look no further than WP Diamonds.

We are leading buyers of luxury handbags, simply complete our online form to receive your price quote. Sell online with free shipping and insurance, or in person in our New York City, Tokyo, Hong Kong, and UK offices.

The process is free and designed to be completed in as little as 24 hours. We buy your luxury goods directly from you with no waiting or added fees.

With over 1,000 customer reviews and an A+ BBB rating, we pride ourselves on our strong prices and unparalleled customer service. Click below to learn more and get started today.