The History Of Gucci

Curious about the origins of this iconic Italian fashion house? We take a look at the history of Gucci, where it began and how it grew into the international powerhouse it is today. From its founder Guccio Gucci’s humble beginnings to the launch of its now instantly recognizable GG monogram. 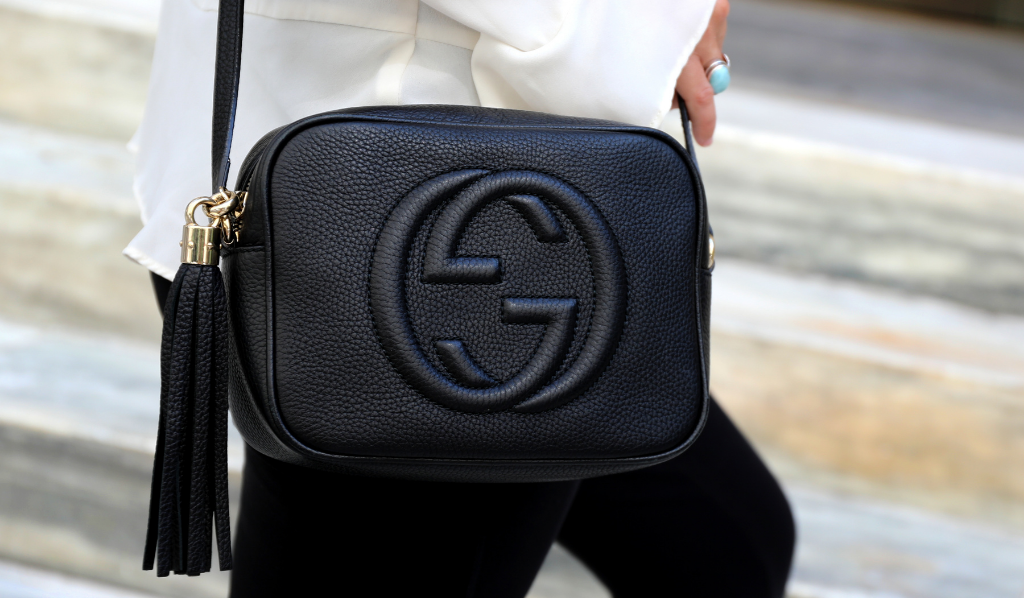 Curious about the origins of this iconic Italian fashion house? We take a look at the history of Gucci, where it began and how it grew into the international powerhouse it is today. From its founder Guccio Gucci’s humble beginnings to the launch of its now instantly recognizable GG monogram.

The History Of Gucci

We may have youthful rebellion to thank for the start of the history of Gucci as an Italian brand. Guccio Gucci was born in 1881 in Florence, Italy as the son of a leather craftsman. A teenage Guccio rebelled against following in his father’s trade and took off to travel. That brought him to the Savoy hotel in London, where he toiled as — stories vary on this point — a porter or an elevator operator.

Wealthy, glamorous guests came and went at the Savoy, and their beautiful luggage repeatedly impressed and inspired young Guccio.

With a new vision of what he wanted his life’s work to be, Gucci returned to Florence in 1902 — and to his family heritage. He worked as a leather goods craftsman for Franzi, a luggage company also favored by the wealthy, including royalty and nobility.

Twenty years later, Gucci struck out on his own again, this time opening two stores under his own name, one on Via Vigna Nuova and then one on Via del Parione. At first, he mostly made and sold saddles and other equestrian paraphernalia. In time, and with his three sons — Vasco, Alfo, and Rodolfo — he added high-end luggage, of the quality Savoy patrons would carry. British aristocrats took notice (and made purchases), and the Gucci reputation began to grow.

In 1935, the League of Nations imposed embargos on Italy. With leather unavailable, Gucci developed an alternative material: woven hemp from Naples, with small, interconnected dark brown diamonds on a tan field. This print, the Diamante, was first used on luggage and would become a Gucci signature, eventually available on leather as well as canvas.

Fun fact: In the 1930s, the logo featured a “lift boy,” the worker who carried the luggage of Florence hotel guests to their rooms. This had been young Gucci’s job in London back in the day.

Guccio Gucci died at 72 in 1953, three years after the brand’s signature red stripe webbing was introduced and two weeks and a day after his first New York boutique opened. The flagship American Gucci store was located in the Savoy Plaza Hotel on East 58th Street.

Despite his passing, Gucci’s brand flourished, thanks to celebrity patrons like Elizabeth Taylor and First Lady Jackie Kennedy, namesake of the enduring “Jackie” bag. A floral scarf expressly created for Oscar-winner and Princess of Monaco Grace Kelly birthed another signature Gucci design, the Flora. Flora features 43 varieties of flora and insects made vibrant in 37 colors.

The redesigned Gucci logo – two interconnected G’s — appeared in honor of Guccio Gucci, as his sons worked to expand his legacy brand. This double-G logo showed up in a color (red) for the first time in the 1960s.

The Gucci GG Canvas, a diamond pattern print on canvas, appeared and endured.

The line expanded to include international boutiques and products like eyewear, jewelry, watches, and more. The double-G emerged as a status symbol.

Gucci brought out “limited editions,” a relatively rare phenomenon at the time.

The company floundered under the presidency of Rodolfo’s son, Maurizio; he eventually sold it to Bahrain-based Investcorp.

Tom Ford, promoted from prêt-à-porter designer to creative director, rescued the company from a time of family turmoil and company turnover. The number of products in the company line was substantially lowered, resulting in heightened exclusivity.

Gucci made its initial public offering. New investors paired Ford with Domenico De Sole as CEO and president, together, they began acquiring and expanding in partnership with other luxury brands.

Scandal hits: after failing as company president, grandson Maurizio was murdered in 1995 by a hitman hired by his wife.

Fun fact: In the ‘90s sitcom “Friends,” fashion-conscious character Rachel interviews for a job with Gucci.

In 2017, Gucci went fur-free, and the brand began collaborations with social media influencers and underground artists.

How To Sell Gucci Bags Online

If you’re looking to sell Gucci bags online, WP Diamonds can handle the entire process for you. We buy your luxury handbags directly and in as little as 24 hours, with no fees or commissions deducted from your final offer. Our free process is designed with ease, speed, and safety in mind.

Why sell to WP Diamonds? Our goal of a simplified, trustworthy, free online service for selling your luxury items has resulted in an A+ BBB rating and over 1,000 customer reviews to date.

How To Buy Affordable Gucci Bags

If the history of Gucci has you considering treating yourself to a Gucci handbag, myGemma is your one-stop shop. Browse pre-owned, expertly authenticated, affordable Gucci items at a fraction of retail price. Not only is this the most cost-effective way to purchase designer handbags, it is also the most eco-friendly.

Whether you’re looking for a Gucci, Goyard, Hermes, Dior, or Chanel handbag, you’ll find the brands you love at up to 80% off.