The History of Air Jordan

It has been a glorious 37 years of Air Jordans gracing the basketball court. It’s hard to believe that infamous basketball player Micheal Jordan, the man behind these infamous shoes, was the 3rd pick in the 1984 draft. 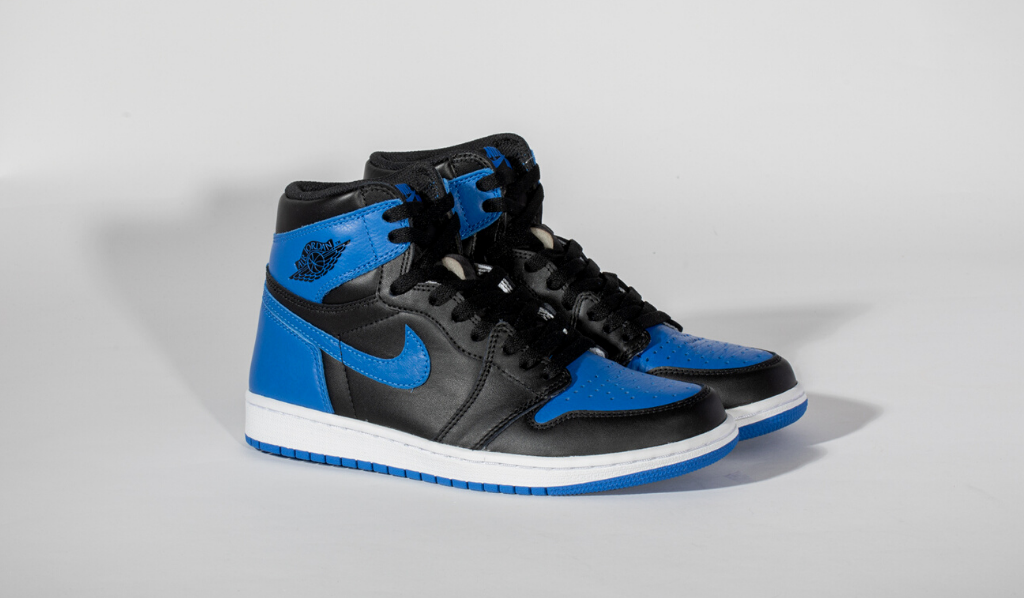 In fact, it is said that the Chicago Bulls only chose Michael Jordan because Akeem Olajuwon and Sam Bowie had already been chosen. Could you imagine if things had turned out differently? Would Jordan still be Jordan? Would he still have signed with Nike or would he have been an Adidas legend?

We take a close look at the history of the Air Jordan sneakers, how they came to be and how much they cost.

The History of Air Jordan Sneakers

Where It All Started: Michael Jordan

The man, the myth, the legend. Michael Jordan was born in Brooklyn in 1963, but grew up in North Carolina with his parents James and Deloris, as well as his 4 siblings. James and Deloris were rather strict with their children, making sure they stayed out of trouble and took school seriously.

Believe it or not, it was in fact a supervisor at a General Electric, called James, who made Jordan fall in love with basketball. He even built a basketball court in Jordan’s backyard so that young Michael could play every night.

Most nights Michael would play against his older brother Larry. While Larry was older than Micheal by a year and much stronger, Micheal was taller. Both young men were very competitive and because of this, their one-on-one games would often end with Delores having to separate them.

A huge part of Michael’s perseverance can certainly be attributed to his dynamic with his brother. Their childhood determination and tenacity on the court translated into Michael’s dedication to the sport and strong work ethic today. Some say that if Larry was not 5’7”, Michael would have most likely been known as Larry’s little brother.

Tryouts certainly did not go as Jordan planned. He did not make Herring’s team, but he did make junior varsity. Only one child in Jordans class made varsity, Leroy Smith, who quickly became his rival. At that time in Jordan’s career, he only measured in at 5’9” while Leroy was pushing 6’7” and he was more suited for Herring’s team.

While Michael Jordan did not make the Laney Varsity team, he did become a star. The Laney junior varsity team needed him as the floor leader and people from all over town wanted to go to his games.

Coach Herring saw the star in Michael before Michael saw it in himself. Herring took it upon himself to run drills with Michael daily, one-on-one. By this time Michael had a growth spurt and was ready for his college career.

In the summer of 1980, the basketball world began to learn of Michael Jordan’s name. The University of North Carolina held their annual camp run with head basketball coach Dean Smith. He would bring players from all over the state together and showcase their talents.

During this summer camp people from far and wide came out to see the young stars play, but Jordan stole the show. Roy Williams (the UNC assistant coach) recalls never seeing such a talented high school player.

When Roy Williams, coach at UNC, was helping recruit for the Five Star Camp (top basketball camp in Pennsylvania) he knew Michael needed to be a part of it. This would however, in the end, only make it harder for Williams to get Michael to play for UNC. While at the camp many recruiters approached Jordan wanting him to play for their team, he soon realized could have his pick.

When It did come time for MJ to choose a college, his parents felt the need to weigh in. They wanted their son to stay close to home, and go to North Carolina. To Michael, that wasn’t the worst thing, as he had formed a kind of bond with Dean Smith and Roy Williams.

Dean Smith knew that in order to be able to coach Jordan effectively he could not give him any special treatment. Smith treated all players equally, from starters to bench warmers. Later on MJ said that this approach kept him humble and focused.

Picture this: it’s 1982 March 29th in the NCAA Championship game UNC is down 1 point to Georgetown in the last minute of the game. The clock hits 32 seconds and coach Dean calls a timeout, who knows what was said but it worked. The clock hits 18 seconds and a very open MJ gets the ball, dribbles and goes up for the shot. At 15 seconds you see the ball go in and the rest is history.

Jordan from that point on was a star!

In 1984 Michael Jordan was the number 3 draft pick and was off to Chicago. It was almost instantaneous that Michael was given a shoe deal from Nike. The very first Nike Air Jordan shoes came out on April 1st, 1985 and sported a colorway of red and black.

Forming the Jordan Brand helped Nike more than most people realize. At the time, Nike was struggling to be seen as more than a running brand. Adding the Jordan brand to their company could not have come at a better time.

However, it wasn’t easy for Nike to sign Jordan, it has since been revealed they offered him $500,000 a year for a five year contract. Rumour has it that Jordan originally wanted to sign with Adidas. Fortunately for Nike, Adidas was not even an option as they were going through a change in leadership.

The rest was history: Jordan went on to slam dunk 3 NBA championships before he retired. And he did in all with the Nike swoosh on his feet.

How Much Are Air Jordans?

For the generation that lived through Michael Jordan’s prime, his sneakers are priceless. In April of 1985 the original Air Jordan 1 released for $64.99, which was the most expensive basketball shoe on the market at the time.

Today this same sneaker would sell for $15,000, if brand new with the box. They are currently the most expensive Jordans on the market.

Why Are Jordans So Expensive?

If you’re wondering why this sneaker is so expensive you have to understand the history of Air Jordan shoes and that doesn’t just mean the brand’s namesake.

It was actually Peter Moore who designed the Air Jordan 1 that captured all of our hearts and wallets. The original Jordan 1 was made in South Korea, with a strong focus on quality and durability. They are still wearable even three decades later.

Knowing that you are buying a piece of history that, if you wanted, you could still wear seems like a win win. And its value will only continue to increase over the years. According to our Head of Sneakers, they are more than investment, but a potential family heirloom.

How To Sell Jordans?

Knowing the history of Air Jordan sneakers, means there’s no better time to discover what your name brand sneakers could be worth. Sell Jordans online directly to WP Diamonds in as little as 24 hours. From Nike to Hermès, we buy your collectible sneakers and designer slides. No online listings, consignment or middle-man.

Get in touch today to receive your bespoke price quote from our sneaker experts. Our process is free of charge, with no fees or commissions deducted. We provide free, fully insured shipping to send your sneakers to our NYC office, or you can schedule an in person appointment.

Where To Buy Jordans?

This history of Air Jordan sneakers speaks to the legacy and craftsmanship behind the brand. However, that can come with a hefty price tag unless you consider the resale market.

Shop a wide range of pre-owned and expertly authenticated sneakers at myGemma. Browse an ever changing selection of Nike shoes, as well as luxury jewelry, watches and handbags from top designer brands. Shopping pre-owned is not only the most eco-friendly and sustainable way to buy sneakers, but also the most cost effective.

Shop Affordable Jordan Sneakers
← Where Can I Sell My Engagement Ring For Cash?
What Are Diamonds Made Of? →