Coco Chanel: The Legend Behind The Brand

Nothing says luxury quite like Chanel. One of the oldest luxury fashion brands to have stood the test of time, for many it is the pinnacle of timeless style. The french fashion house has moved into the present day without compromising on the aesthetics of the founder, known to most as Coco Chanel. But who was Coco Chanel? 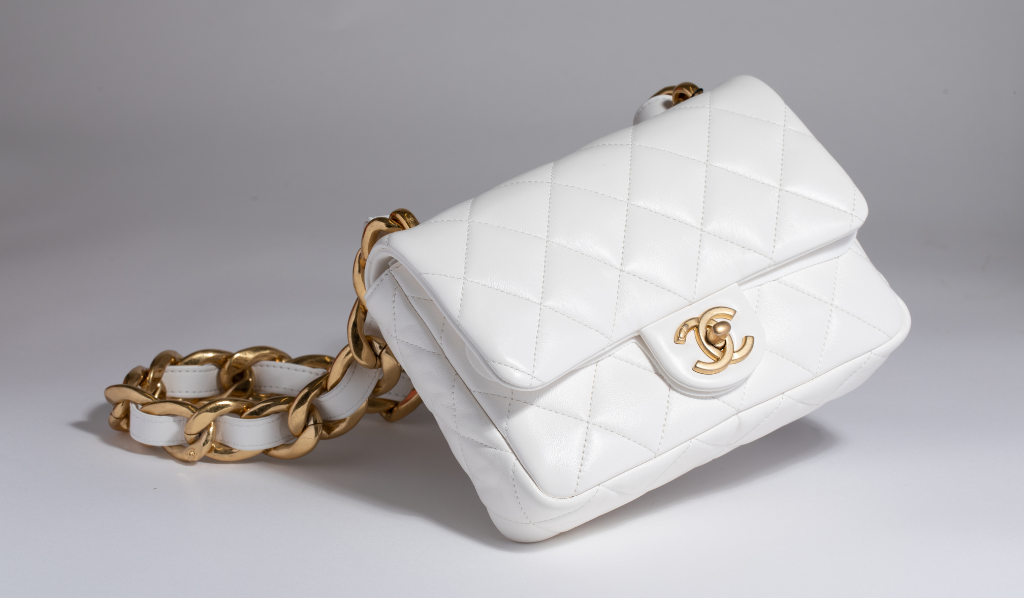 There are few legendary names in the history of fashion quite like Coco Chanel. A name that has influenced the industry and fashion lovers for over one hundred years, you might know the name, the designs, but you may not know about the woman behind the brand.

Gabrielle Bonheur Chanel, aka Coco, was born in 1883 in the Western France town of Saumur. Born into humble beginnings, Gabrielle’s mother did laundry for a living and her father was a nomadic street vendor.

When Gabrielle’s mother Jeanne died at the young age of 32, her children were sent to a convent that had an orphanage. It was in this orphanage that Gabrielle learned how to sew. When Gabrielle turned 18, she went to live in a Catholic boarding house in Moulins.

Gabrielle was uncomfortable with the truth of her childhood and would tell an embellished version of events. One of the untruths was that she was born a decade later than she was and that her father had sailed to America while she lived with her aunts. Despite her childhood, Gabrielle Chanel became used to luxury in her adulthood thanks to several romantic relationships with wealthy men, which introduced her to a glamorous lifestyle.

Before launching her career as a fashion designer, Gabrielle took to the stage as a cabaret singer with the stage name ‘Coco’. When she realized it wasn’t on stage that she would find success, she gave up her aspirations. If it wasn’t for this choice, the Chanel house wouldn’t exist.

Fun fact: Coco Chanel’s family name was accidentally registered at birth as ‘Chasnel’. It is presumed she never changed it to Chanel in order to prevent her poor upbringing from becoming public information.

Coco Chanel & The House Of Chanel

The French fashion designer’s career did not start with the tweed suit, Chanel N°5, or the flap bag. It was designing hats that launched her career. Coco Chanel became a licensed milliner in 1910 after years of designing hats. Chanel opened her first hat shop, Chanel Modes, on Rue Cambon in Paris – an address you might recognize from Chanel’s Deauville tote bags.

Even if you’ve never smelled it before, there is no doubt you have heard of Chanel N°5. From Marilyn Monroe’s claim that all she wore to bed was Chanel N°5 to the famous 1969 advert, which was at the time the most expensive advert to be created, it’s a fragrance that made a distinctive impact.

When Coco Chanel sought to create a perfume, she turned to perfumer Ernest Beaux. The scent was created to represent and celebrate the modern woman, with a complex floral scent. The notes include rare flowers such as May rose and jasmine from Grasse.

Why Is The Chanel Perfume Called N°5?

The reason why Chanel N°5 got its name was because it is said to be the fifth sample that Coco Chanel was presented with by Beaux.

In 1913, Chanel’s second store opened in Deauville, with clothing that was designed for sports and leisure. It was two years later, in 1915, that Chanel opened its first Maison de Couture in the French coastal city of Biarritz. In this era, corsets were still du-jour and Chanel made a move away from the restrictive clothing of the time in favor of more comfortable designs. Chanel was registered as a couturière by 1919 and opened a couture house in Paris.

The famous Chanel two-piece suit for women made its debut in 1925 and was considered revolutionary in fashion history for its impeccable tailoring. By 1929, the fashion house had started to introduce handbags to its collection.

The origins of Chanel’s inspiration for the CC logo are heavily debated. Some have speculated that Coco Chanel’s admiration for Catherine de’ Medici inspired the interlocking motif.

De’ Medici used a cipher that used two Cs facing in different directions from one another. However, there is no concrete evidence of what inspired the Chanel logo. The logo was designed in 1921, but it wasn’t until 1924 that the logo began to be used frequently in Chanel’s designs.

The Woman Behind The Brand

Coco Chanel liberated women from the constraints of uncomfortable clothing. From tweed suits to the little black dress, Chanel’s impact on the fashion landscape as a whole was nothing short of revolutionary. As one of the most influential names in fashion, it is no wonder that she is often looked up to and quoted.

“In order to be irreplaceable one must always be different.”

“A woman who doesn’t wear perfume has no future.”

“If a man speaks badly about all women, it usually means he was burned by one woman.”

How To Sell Chanel Accessories?

With Chanel’s soaring popularity and prices that are often times out of reach for many, the resale market is the perfect place for once-loved Chanel accessories.

Get the best price for your pre-owned Chanel when you sell to WP Diamonds. The process is seamless, and secure, with payments in as little as 24 hours.

Where To Buy Chanel Online?

If you’re looking for a particular Chanel bag that is hard to find, limited edition, or simply out of your price range, look to resale. myGemma stocks an array of Chanel accessories, so you can find the Chanel you’ve been dreaming of. Contributing to a circular economy is not only better for your wallet, but it’s the right choice for our planet.

Shop Pre-Owned Chanel Accessories
← The History Of Prada
White Gold vs Silver: What Is The Difference? →